EDMONTON — Making the Team Canada cut ahead of the World Juniors is always difficult, but this year seven Albertans will have to navigate a longer and more competitive road than usual to crack the roster.

Canada’s training camp opens in Red Deer this morning and runs until Dec. 13.

At 27 days long with a record-high 47 invitees, it will be much longer and have more players than a typical Team Canada training camp.

Last year’s camp lasted only four days with 31 invitees, four of them from Alberta.

Here’s a look at the seven Albertans seeking to make Team Canada’s lineup for its Boxing Day World Juniors opener in Edmonton. 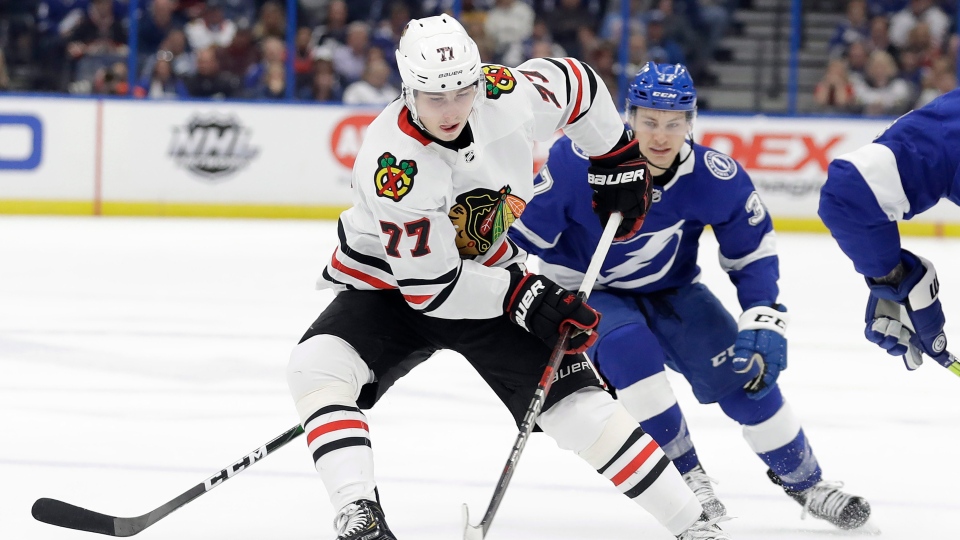 Dach will look to make his World Juniors debut after playing 71 games for the Chicago Blackhawks last season, including in their qualifying round playoff upset of the Edmonton Oilers.

“As a Canadian kid it’s a dream come true to be able to play for Team Canada in this event,” Dach told TSN. “My mindset going in is I want to be a top player on the team.”

Dach was eligible and expected to make last year’s squad as an 18-year-old, but the Blackhawks deemed him too valuable to lose from their roster.

A power forward known for his vision and passing, Dach will be looked to for leadership given his NHL experience. 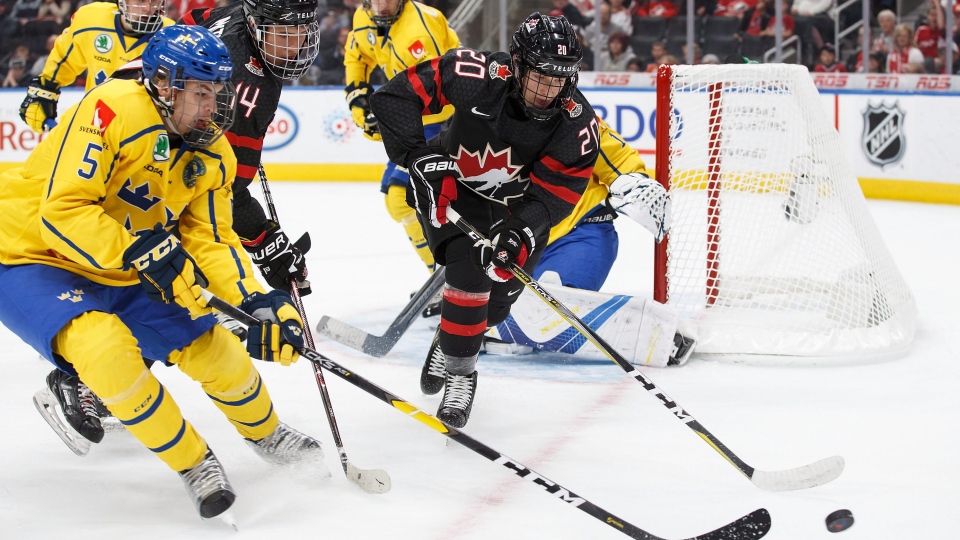 A pesky forward who split last season in college between centre and left wing, Holloway is known for his skating and shooting.

Holloway had a relatively quiet first year at Wisconsin last season, but was also among the youngest players in the NCAA.

The Oilers draft pick is looking to represent his parent club and home province as part of Team Canada in December.

“It’s huge. If I was lucky enough to make the team I’d have a bunch of friends and family be able to come watch so it’d be a dream come true,” he told TSN. 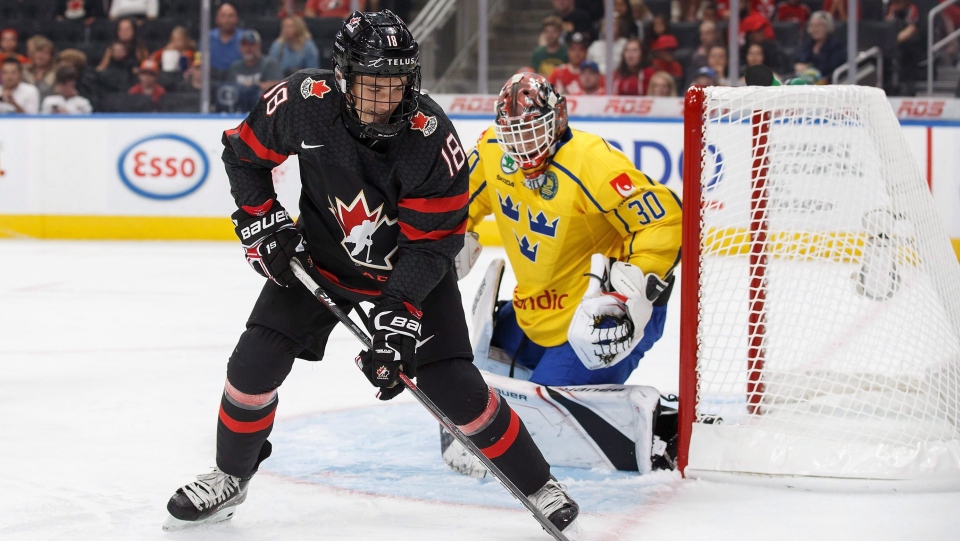 Krebs is looking to build on his role as Team Canada’s captain at the under-18 World Championships in Sweden last April.

A playmaking centre with a strong wrist shot, Krebs was invited to last year’s camp but was rehabbing from a partially torn achilles and didn’t make the team.

“I can be a consistent guy in the lineup,” he said to TSN.

“I want to bring that extra spice, that energy in the lineup and be an impactful player. I think I can bring some good knowledge and be a fast guy who can bring the pace of the game up.”

Krebs was close to making his NHL debut during last summer’s playoffs after being named to the Vegas Golden Knights’ postseason roster. 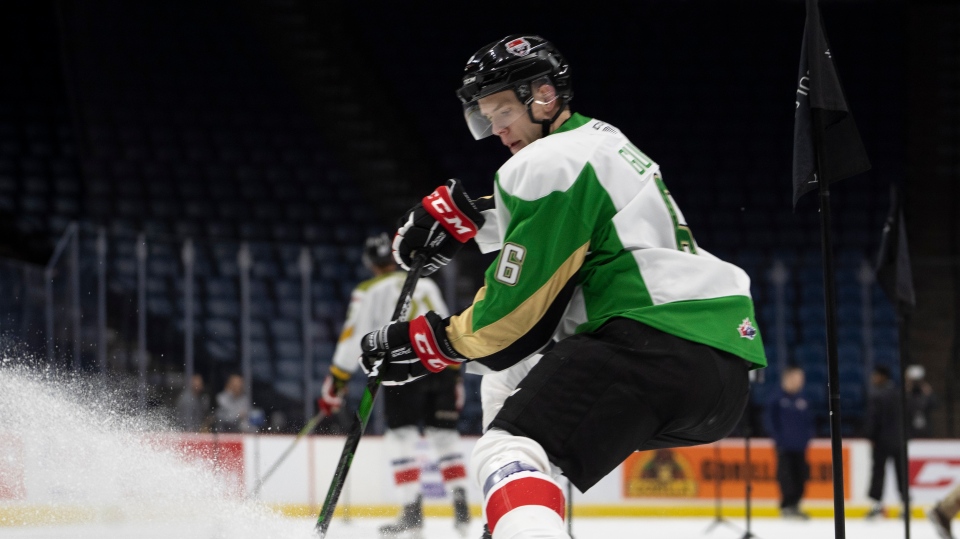 Guhle has represented Canada at the under-17 and under-18 levels and is known for providing offence from the blue line.

He recorded 40 points in 64 games for the Prince Albert Raiders last season, and emerged as a staple on his team’s powerplay.

Guhle’s older brother Brendan Guhle was drafted by the Buffalo Sabres in the second round of the 2015 draft. 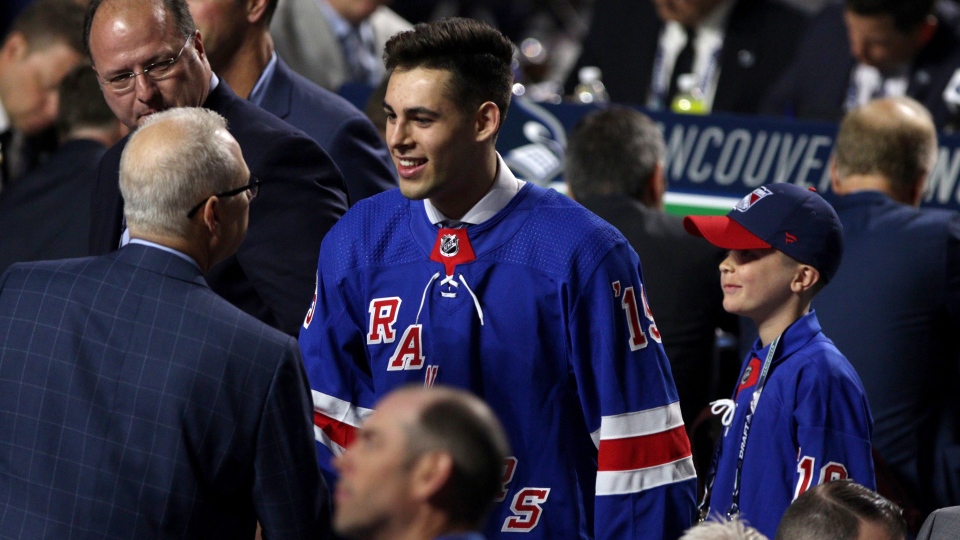 Robertson is a tall defender known for protecting the puck and creating attacks out of his own end.

An Oil Kings’ assistant captain since 2018, he was also a part of Canada’s Hlinka Gretzky Cup winning team the same year. 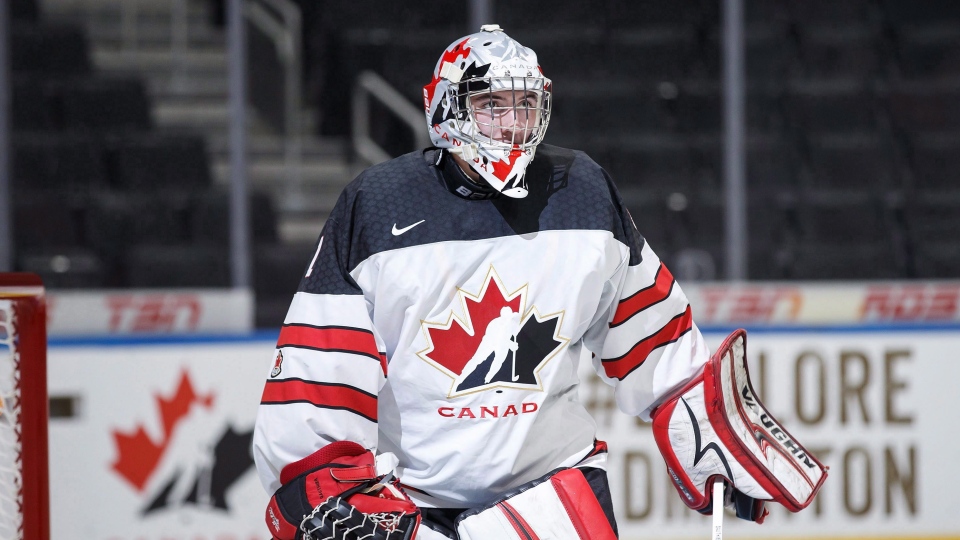 Gauthier will be one of five goaltenders in camp in what appears to be an open competition for the starting role.

He is, however, arguably the most experienced of the five, and has international games under his belt from the Hlinka Gretzky Cup.

“He’s athletic and when he was younger he relied a lot on his athleticism to make saves whether that’s doing the splits or those kinds of things,” Hockey Canada goalie coach Jason LaBarbera said to TSN.

With the WHL season not starting until January, Gauthier signed on with the Okotoks Oilers of the AJHL after the team lost two of its netminders to injury. 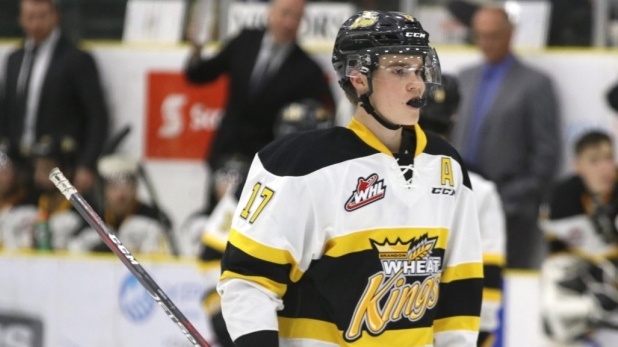 A feisty forward who was suspended twice last season, Greig can also score, having racked up 60 points (26 goals) in 56 games last year for the Brandon Wheat Kings.

He’s known as an energetic, two-way centre who plays with a physical edge.

“Ridly is a combination of sense, skill and edge. He has the ability to understand what’s needed at any moment in the game and he gets focused on delivering it. Can play in any type of game,” said TSN’s Craig Button.

Greig is only 18 years old and would be eligible for next year’s tournament as well.