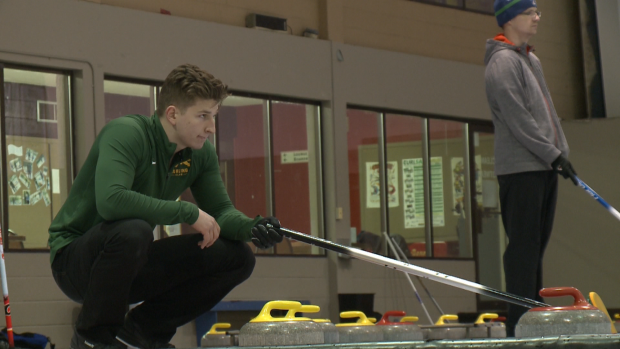 EDMONTON — They may not get to hit and roll at the Brier or Scotties this season, but curlers have a shot at claiming provincial championships.

While many events have been scrubbed due to COVID-19, Curling Alberta is moving ahead with a plan to stage a combined event for provincials.

For the first time, the men’s and women’s events will be held together Jan. 25-31 in Sylvan Lake.

“Fingers cross for Plan A and we’ll see where the season takes us,” said Curling Alberta executive director Jill Richard.

Winners may not be able to advance and play for national or world titles; The fate of the Brier, Scott Tournament of Hearts and several other major events remain on thin ice.

Some provinces and territories are leaning towards recycling last year’s champions/qualifiers if those elite events proceed. Alberta is going the traditional route.

“Just claiming that blue-and-yellow jacket is such a rich part of our curling tradition and I think as long as we can keep people healthy and safe, that we’ll do everything within our power to make sure we keep that tradition alive,” Richard told CTV News Edmonton.

The women will compete in a round robin featuring eight teams.

The playoff field will be reduced from four to three teams. The men will play in a 12-team triple knockout with a Page playoff system.

As far as rule changes or tweaks, the newly adopted single sweeper rule won’t apply. Teams can use more than one brusher while the opposition clears the ice to ensure social distancing.

“They have to stand back and watch it play out… so the non-delivering  team will essentially relinquish the sheet,” Richard explained.

Curling Canada is reportedly pushing for the sport’s major events to be played in a bubble in Calgary in 2021, an expensive and complicated endeavour that wasn’t an option for Curling Alberta to stage the provincials.

The provincial organization is still working on health screening protocols with regional health authorities and members are crossing their fingers that Alberta will be able to crown provincial champions.

“Can we shift things around a little bit if we need to? Absolutely. But at the same time we don’t have ultimate flexibility.”