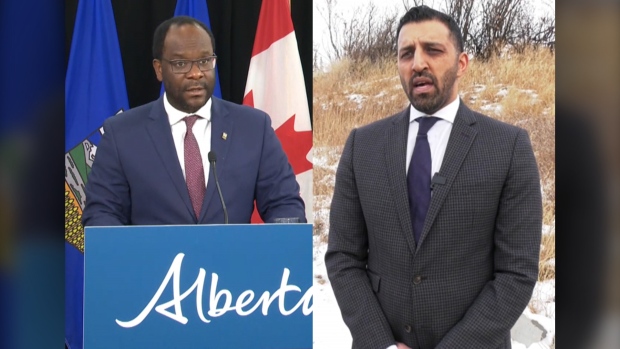 CALGARY — Calgary city councillor George Chahal says Alberta’s minister of justice has shown a “lack of judgement” and has brought “dog whistle” politics to issues such as police funding.

In an interview last week with the Calgary Sun, Kaycee Madu criticized the city’s proposal to potentially reallocate $20 million in planned increases to the police budget.

Under the proposal, the money would go toward social programs and outreach services in the community in an effort to reduce mental health calls and support those with addiction issues.

Madu viewed the plan as defunding the police, adding that it was created by “socialist activists” who see the concept of law and order as “alien.”

Chahal — who chairs Calgary’s Public Safety Task Force and is a member of the Calgary Police Commission — took offence to the comments. The Ward 5 councillor says Canada is a democracy and everyone has the right to be treated equal and share their opinion.

“The minister’s position as chief law enforcement officer requires he treat all Albertans equally before the law, by being empathetic, compassionate and open-minded,” said Chahal in a statement released Wednesday.

“The disdain expressed in his comments toward ‘activists’ is a clear expression of bias, not to mention hypocritical. A healthy democracy requires that activists and politicians act in good faith.”

Chahal adds that he has tried to speak with Madu to clear up misinformation, but he has not received a response.

The councillor says Madu has “repeatedly demeaned” Albertans, while making no effort toward unbiased engagement since he was elected in 2019.

“We will always choose hope over fear,” said Chahal. “If Minister Madu’s mind will not be changed, so be it.

“In fact, I encourage him to actively campaign against any Councillor he perceives as a political inconvenience and let Calgarians pass judgement.”

The 2020 Calgary Police Service budget was $401 million, the largest expense in the city’s budget.

Council had previously approved $10 million increases for both 2021 and 2022.

After some time thinking, I want to share my thoughts on the comments made by Alberta’s Justice Minister, Kaycee Madu, on Friday.

I’ve found listening to Calgarians from all walks of life to be valuable, especially in my work on the Public Safety Task Force. #yyccc