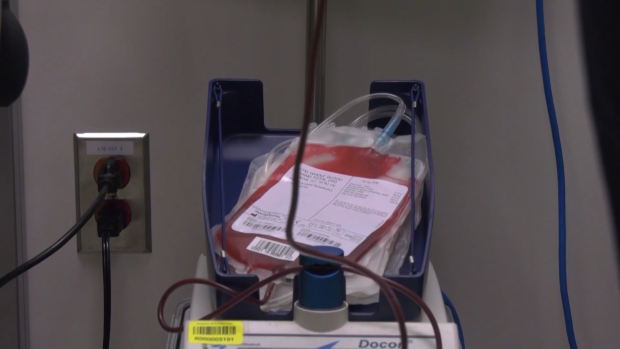 EDMONTON — Nurses unions across Canada are opposing Bill 204 in Alberta, which would lift the ban on paying people for blood and plasma.

“The intent is that blood here from Albertans will be collected by corporations and put on global markets,” said United Nurses of Alberta President Heather Smith.

The UCP says this will give Alberta better access to plasma-based medications, allowing for more efficient care.

“Currently the Voluntary Blood Donations Act, passed by the previous government, contributes to leaving our patients vulnerable to disruptions in the international supply chain of plasma-based medications,” said UCP MLA Tany Yao during the July 8 session of the Legislature.

Smith disagrees, saying this will result in higher costs for blood and blood products.

“I think that has huge consequences for our healthcare system and for a government concerned about costs in healthcare, this seems to be absolutely going in the wrong direction, so that’s very concerning.”

By allowing blood and plasma to be bought, Smith believes the number of volunteer donors would also go down, decreasing the amount of blood that would be guaranteed to stay in Alberta.

Smith was part of a group that lobbied the previous NDP government to put the existing ban in place.

“We really think it’s an important part of maintaining and assuring the safety of our blood supply chain.”

Canada does still need to purchase blood products from global markets, according to Smith.

“Certainly not selling our blood to the global markets and then having to buy it back at global prices.”

Smith doesn’t believe the concerns of unions across the country will be enough to sway the government’s decision, asking Albertan’s to contact their MLAs with concerns about the bill.

CTV News Edmonton reached out to the health ministry for comment, but did not receive a response.