EDMONTON — A Snowfall Warning is in effect for the city of Edmonton and areas to the west and south.

Edmonton will be on the edge of the heaviest snow with 3 to 8 cm of snow possible overnight and through Thursday morning.

The snow should taper off in the city Thursday afternoon.

10 to 15 cm of snow is possible in regions to the south and southwest of Edmonton.

The RPM model (shown below) projects some of the heaviest snowfall will be in the Rocky Mountain House/Red Deer area. 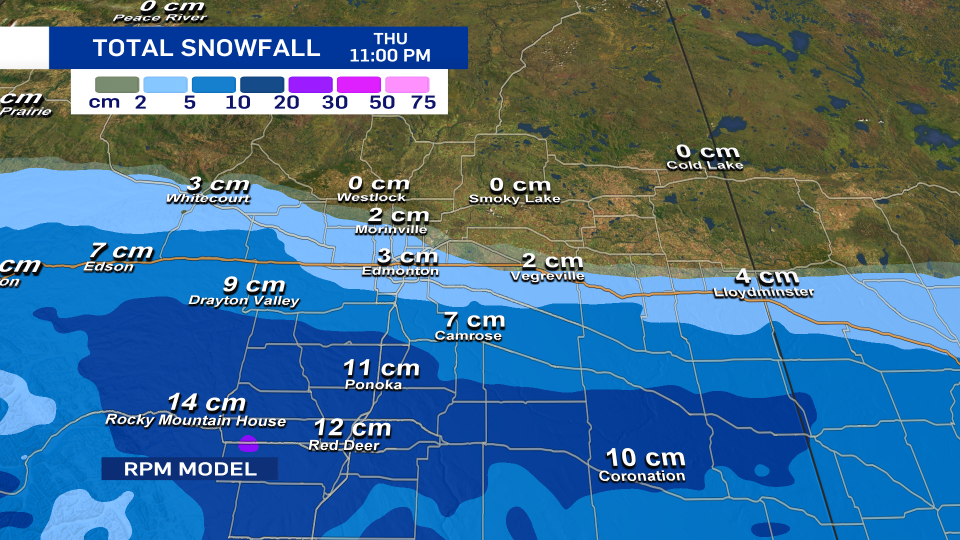 The GEM model (shown below) is projecting lesser amounts, but keeps the heaviest snow zone to the south of Edmonton. 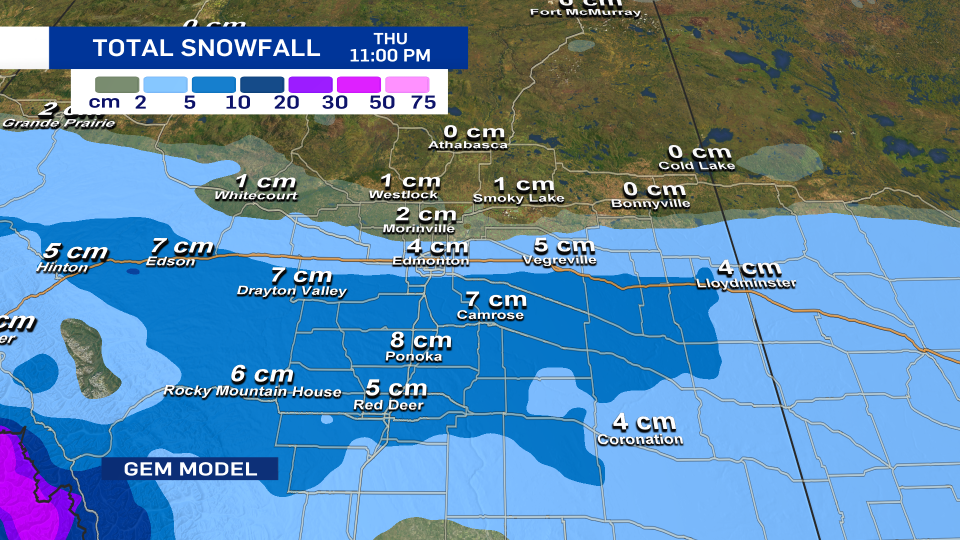 This will be the second straight day with accumulating snow in the Edmonton region.

The city had 2 to 8 cm of snow Wednesday (higher amounts in the north end and lower amounts further south).

Areas just north and northeast of the city picked up 10 to 15 cm of snow on Wednesday.