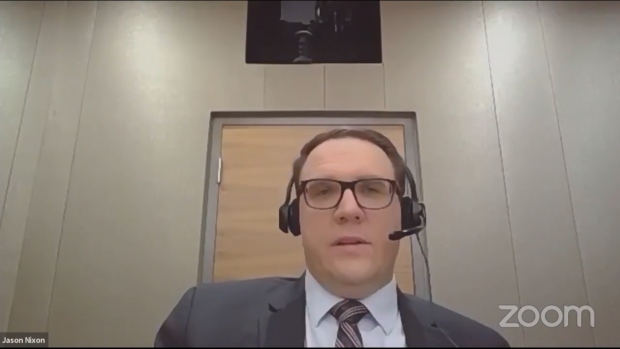 EDMONTON — A town hall with Parks Minister Jason Nixon Tuesday night has led to more questions than answers for some.

Nixon held the Q&A with the public to discuss proposed changes to provincial park land.

But concerns were raised when the chat function was disabled shortly after the event began. Many questions were left unanswered, leaving many participants wondering why the town hall was even held.

“Whether or not we’re actually going to see those protections under the appropriate parks legislation maintained is still up in the air,” said CPAWS program director Tara Russell. “We did not see any answers whether they would reverse their optimizing Alberta park plans that was announced in February.”

The UCP government says it has no plans to sell park land.

A statement to CTV News from Nixon’s press secretary reads: “Decisions related to these measures are carefully thought out, and include input from Alberta Environment and Parks (AEP) experts in planning as well as wildlife and fisheries biologists.”

In regards to the chat function on the town hall, the UCP’s director of communications clarified Wednesday evening saying only the participant chat was disabled on Zoom.

“The Q&A chat on Zoom was open for the entire event, as well as the Facebook Live chat,” said UCP director of communications Tim Gerwing in an email to CTV News. “An email was given at the end of the event for any unanswered questions.”

Gerwing said they received over 490 questions on Zoom.

In a tweet, Nixon says the parks are “not for sale,” “always accessible,” “protected,” and will have “no industrial development.”

The NDP is quadrupling down on their lies on parks.

They truly have no shame about misleading Albertans in our own Legislature.

Not for sale
Always accessible
Protected
No industrial development