EDMONTON — Trent Buhler is crazy about his Boston Bruins… and a fan of old sports venues.

“I’ve been to some of the old greats but I never actually got to Boston until it was gone,” said Buhler.

That led to a project he started more than two years ago.

Buhler decided to turn a table hockey game into a replica of one the NHL’s most famous arenas – the iconic Boston Garden.

“It borders on insanity for sure but it’s definitely a labour of love,” said Buhler,” I basically looked at a lot of photos and watched a lot of game footage and pulled stuff that I remembered and recognized.” 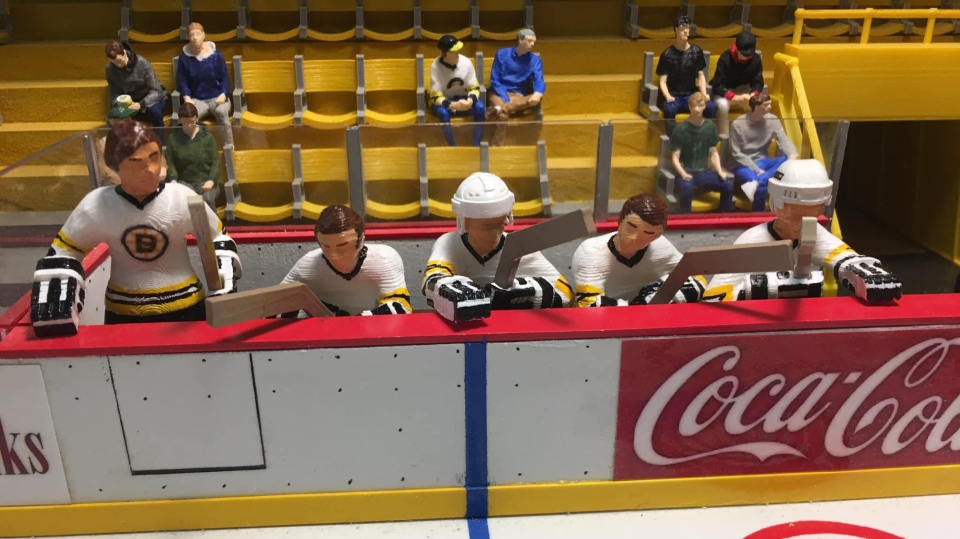 Buhler, who used a 3D printer for portions of the project, spared no expense when it came to details.

He included everything from the style of arena seats, to the detailed painting of the players, to the sponsorship advertisements along the boards.

“The nets are actual steel. I welded them myself… the only thing I didn’t make is the players,” said Buhler.

His work is now being shared on social media – including posts from the NHL and Bardown Instagram accounts.

“It’s been pretty nuts,” admitted Buhler, adding that he already has plans for his next project.