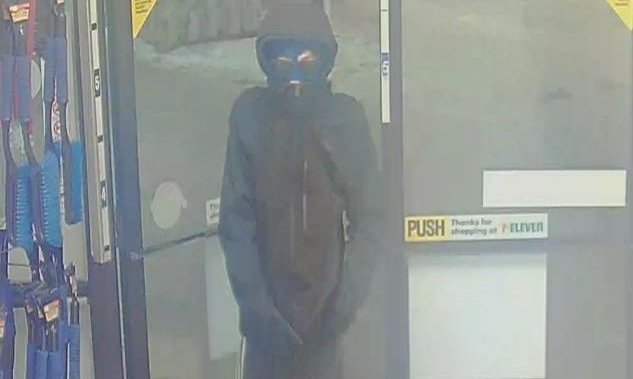 RCMP are searching for a suspect after a store clerk reported being assaulted during an armed robbery early Friday morning in Strathcona County.

Police said officers responded to a report of an armed robbery at the 7-Eleven on Sioux Road at around 12:15 a.m. in Sherwood Park.

The suspect walked into the store with a handgun and demanded money, RCMP said.

Police said the store clerk was assaulted by the perpetrator who then fled on foot with cash and cigarettes. The clerk sustained minor injuries.

RCMP said a police service dog was deployed, but the suspect was not found.

The suspect is described as a five-foot-five male with a thin build.

He was wearing a black sweater with blue sleeves, a blue mask, black pants with white stripes, sunglasses and teal-coloured shoes.