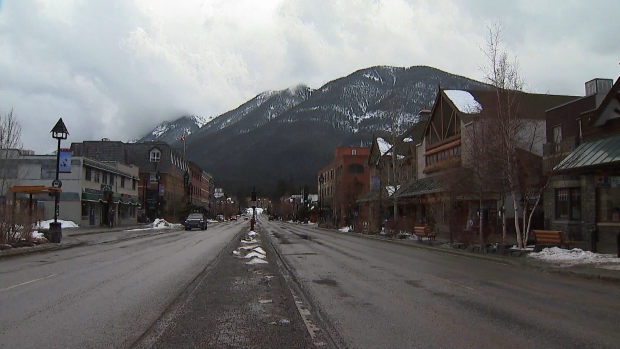 EDMONTON — As the virus spreads well beyond Alberta’s largest urban centres, physicians in smaller communities are reminding the public that while their case counts may be lower, it’d be a mistake to forget about the rate of spread.

“That’s one of the highest rates per capita in Alberta – so that’s not great,” Canmore family physician Liana Hwang commented.

In fact, Banff’s rate of cases was Alberta’s second-highest as of Thursday.

The town has declared a local state of emergency in response, but the mountain vacation spot known across Canada is not unlike dozens of other small, lesser-known communities.

Southern Alberta’s Acadia municipal district has the highest active case rate in Alberta, with 1,358.1 cases per 100,000. Just 368 people live in the district northeast of Medicine Hat, but there are five cases in its boundaries.

“Per capita rate is really important because it takes away how big or small a centre is,” Hwang commented.

And, she added, spread occurs in rural areas differently.

“Rural Albertans don’t really bat an eye at an hour or two-hour drive.”

With a report from CTV News Edmonton’s Carlyle Fiset