EDMONTON — I’m going to put Ryan King on television. Not that it matters to him.

I don’t think he’s all that sorry. But, I believe him. He’s hoping his undefeated Pittsburgh Steelers will be there; I tell him it will be my Buffalo Bills.

“You are sorely mistaken,” he says.

I wish I would have asked him why he is going to turn the TV on at all. I guess I was too busy defending the Bills. King can’t see, but he can’t hear either.

Our conversation has been through his mom, Bobbie King. She’s sitting next to his wheelchair, holding his left hand. Her name is tattooed just above his right one. When I ask a question, she spells it out to him by tapping the alphabet on his fingers.

Back then, King was playing the game he loved for the Archbishop O’Leary Spartans, as unstoppable as any teenager could be.

Then he got the flu. On April 2, 2011, King had a seizure and was rushed to the Stollery Children’s Hospital. He was on life support for more than a month.

Doctors say Encephalomyelopolyneuropathy is part of the diagnosis, but to this day there is no clear medical answer for what happened.

When he woke up from a coma, he could not see, hear or walk. Bobbie says he learned tactile sign language in two days. He spent the next 10 months at the Glenrose Rehabilitation Hospital.

That’s where he met Ricky Ray.

It was 2002, Ray still wearing green and gold. He came to visit King at the Glenrose. His family has a video from that day, though it hardly shows Ray. The frame stays on King for nearly the whole time, probably because of the smile on his face.

The two football players shook hands and posed for some pictures, and Ray gave King an autographed jersey.

“I always wanted to meet him,” says King. “(It) just meant a lot for him to take time out of his day to stop by.”

A year later Ray won the Grey Cup in Toronto. King was back at the Glenrose, winning their Courage Award.

Now King lives with Bobbie and his older brother, Robert. The jersey is tucked in a plastic bag for safe keeping, deep green with the golden number 15.

I’m here because he’s giving it away.

A few weeks ago King was on Facebook, using a special brail keyboard. He came across a post from a high school classmate named Shayla Wishloff.

Wishloff was diagnosed with breast cancer last year at the age of 24. After a double mastectomy in March, it looked like she was in the clear. But, the cancer came back and spread to her lungs. Stage 4.

“I’m incurable,” says Wishloff, who has inspired others by sharing her cancer journey on Instagram. “All you think in your head is, that’s it, like you’re planning your funeral. But, I’ve got Shayla’s army behind me.”

It may take an army. Wishloff is facing expensive and exhaustive treatment. Some of which is not available in Canada. Her step-dad, Shawn Dechaine, set up a GoFundMe page to help raise money for treatment.

“Watching your child face their mortality and days where they want to give up and think they’re a burden…it’s horrible,” says Dechaine. 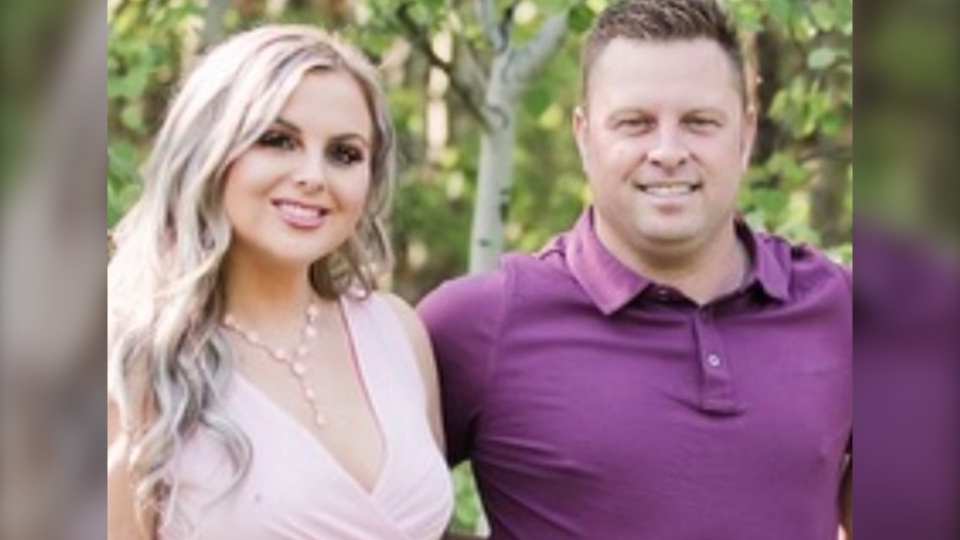 A few weeks ago, Dechaine got an email through the GoFundMe account.

“It was quite unusual, literally one long run-on sentence,” he recalls.

“It only took me a few lines to understand why. It was very apparent that the person on the other end was doing this from a device.”

It was King and he had an idea. He wanted to auction off his Ricky Ray jersey and give the money to Wishloff.

“There is no way we can take that, but the fact he was willing to do that meant the world to us,” says Dechaine.

But King does not like to be told he can’t do something.

“I feel like my purpose in life is to share, help out, pay it forward,” he says.

The jersey is a symbol of a precious memory, but it’s only the memory that matters.

“Some things in life are just material,” says King. “It’s fabric with ink pressed on to it.”

“There’s only one Wishloff and there won’t be any other.”

Bobbie tries to hide that she’s wiping away a tear when he says that.

Dechaine is waiting outside.

Since King’s initial email, the two men have been texting.

“It’s been therapeutic for me,” says Dechaine. “I look forward to our conversations every day.”

Shawn is at the house to pick up the jersey for an online auction that starts on Nov 30. He’s also there to meet King and Bobbie for the first time.

When he walks in the door, Bobbie quickly taps on King’s fingers.

After that, silence. Bobbie has Dechaine wrapped in a hug. King waits patiently before extending his hand.

“Nice to meet you,” they say at the exact same time. How’s that for an immediate bond?

This is not a donation. It’s a trade. Dechaine will take the jersey and leave flowers for Bobbie and a special sign he made for King.

It features the EE Football Team logo and King’s name. This is what is written in brail underneath:

“A hero is an ordinary individual who finds the strength to persevere and endure in spite of overwhelming obstacles.”

As King runs his fingers over the bumps punched into the metal, Dechaine sees another tattoo on King’s arm. A swooping ‘S.’

“The quote that’s on your sign is from Christopher Reeve, the man who played Superman,” says Dechaine.

The connection hangs in the air while Bobbie taps what Dechaine said on King’s fingers.

“Which movie? The old ones?”

King can’t hear everyone laugh, but he could probably feel it. A small smile forms in the corner of his mouth.

He’s right, this is not about material things.

“I don’t have many friends since I got sick,” King told me when I first got there. “They kind of faded away, but that’s life.”

Dechaine leans in for a hug, he rests his head on King’s shoulder and almost disappears into his arms.

“We’re here to help each other,” Dechaine says. “We’re connected for life.”

Dechaine promises to bring another friend to visit King as soon as she’s able.

“Someone who wasn’t even close to me, giving up his prize possession, I just feel really loved,” says Wishloff. “It’s helping me keep going and not give up.”

Before we leave, I ask Ryan to demonstrate how his brail keyboard works, for the TV story he won’t see. He sends a text to Dechaine.

“I feel bad for Kent for supporting the Bills. Bad taste.”

King sticks out his hand for me. I squeeze it with two firm shakes. He squeezes back harder, then flips his palm to face the ceiling.

“Quick momma, the hand sanitizer,” he says with a grin.

I’m glad we found the friends he deserves.

And I’m glad I didn’t tell him I’m a Roughriders fan.