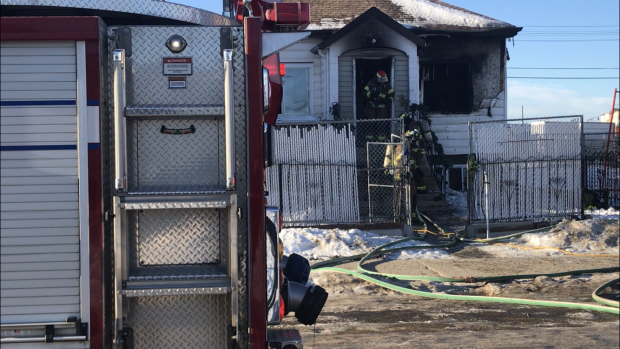 EDMONTON — A third house was damaged in a fire in Edmonton Thursday morning.

Half of the front of the house was blackened where flames had poured out from a window minutes earlier.

CTV News Edmonton has asked officials if anyone was in the building when the blaze started.

The downtown fire was one of three firefighters were called to that morning: everybody in an Ottewell home escaped a fire around 1 a.m., and police removed a person from the scene of a fire near 184 Street and 72 Avenue around 8 a.m.