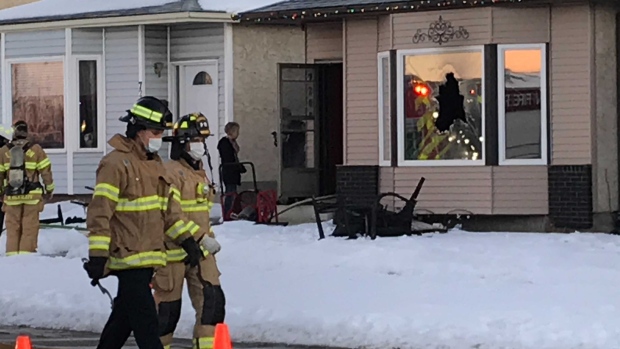 EDMONTON — Firefighters and police were on scene at a house fire in west Edmonton Thursday morning.

Crews responded to a home near 184 Street and 72 Avenue just after 8:10 a.m. to find smoke coming out the window.

Responders told CTV News that a hole in home’s front window was apparently caused by a man jumping through it in an effort to escape the fire.

One man was taken into custody under the Mental Health act after he was believed to be posing a risk to himself and the public, according to police.

He was taken to hospital to undergo a mental health assessment.

It’s not yet clear what caused the fire. Nobody was injured.