EDMONTON — A fire-resistant mesh wrap made by a company in Acheson can now be used in home construction to protect homes from catching fire.

Over the summer, chemical manufacturer Genics Inc. built and set fire to three small, wooden structures to test what it calls Mythril Mesh.

The only building of the three tested to burn down was the structure without two of Genics’ fire-resistant products. 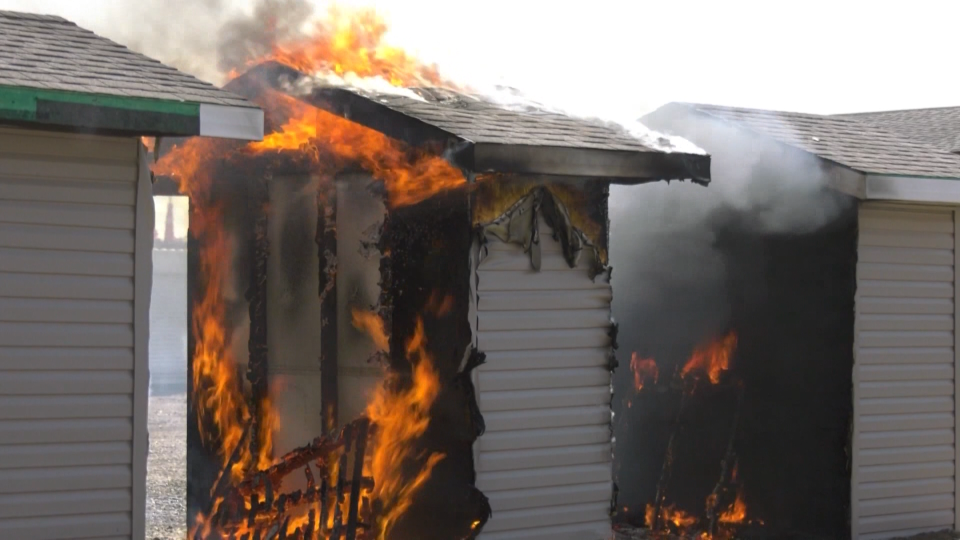 The two standing structures had damaged siding and somewhat blackened soffits, the undersides of the roofs, but never did catch fire, said Genics co-founder Wes Wall.

The mesh uses a copper and boron solution which causes the mesh to expand to protect wood when it comes into contact with fire.

“As it heats… it expands and creates and entire thermal blanket… it plugs all the holes off,” said Wall. 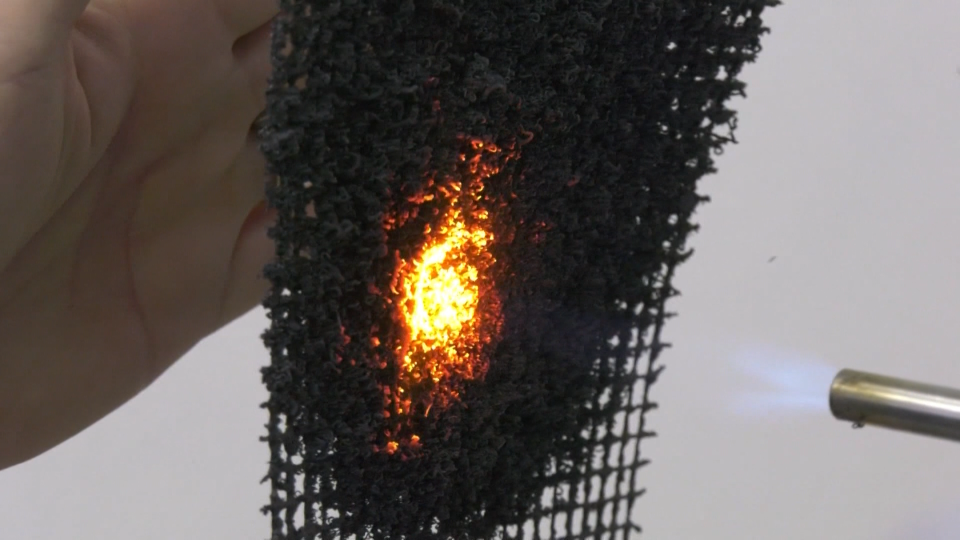 An issue with some fire-prevention products is that they trap moisture in wood, leading to fungus growth and rot, according to Wall.

“This system has holes in it so the wood can breathe… so now it’s not going to rot.”

In the burn test, the mesh was only used on the soffits of the structure, but the Genics team wanted to eventually expand its use to more aspects of new home construction.

The product was submitted to the Government of Alberta and the Alberta Safety Codes Council and recently received approval to be used in home-construction projects.

“There are multiple applications that something like this could be used in,” said Brian Watters, Daytona Homes construction manager. “Various ways where we could improve the overall safety of the home without increasing the retail cost of the home.”

The Mythril Mesh proved successful against wildfires, as well, when Genics used it in 2016 during the Fort McMurray wildfires.

“We actually wrapped some of the poles up there during that fire event, and that’s when we realized we had something,” said Wall.

The poles wrapped in the fire mesh were still standing after the wildfire burned through the area, according to Wall.

In the Northwest Territories, there are large blocks of land that are burned in order to study wildfires. Genics also brought their mesh to one of the tests there and left scientists impressed.

“As the fire went through that zone in a 10-minute period of time, the unprotected cubicle was on the ground and the one that had fire mesh on it completely survived the wildfire.”

Currently there are more than 15 utility companies in the U.S. that use the Mythril Mesh. The CN trestle bridge in Mayerthorpe is also wrapped in the mesh.