EDMONTON — A local veterinarian is warning Edmonton dog owners about a kennel cough outbreak in the city’s canine population.

Dr. Belinda Lowes told CTV News Edmonton that her clinic has seen a huge increase in the number of cases of the respiratory illness in the last few weeks.

“Usually we get those maybe like once a week, or once every two weeks,” said the Glenora Family Pet Clinic veterinarian. “I think my record was seven in one day and probably, at least right now, probably two to three per day.” 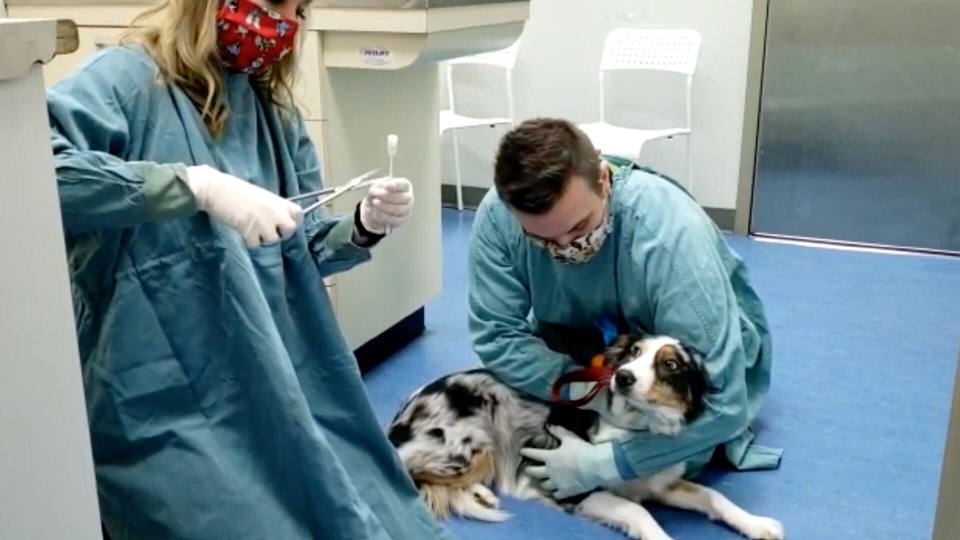 Kennel cough, which is also known as infectious tracheobronchitis, is seen mostly in dogs and cannot be passed on to humans.

Symptoms are typically mild and include a dry hack or cough, but low energy and loss of appetite can also occur with more serious cases.

“They’re still usually bouncing around,” said Dr. Lowes. “They seem to get better with some antibiotics and medication.”

Kennel cough spreads between dogs through the air, from coughing or sneezing, and can also live on surfaces.

Dr. Lowes says that if you believe your dog has been exposed, you should try to limit contact with other dogs.

“Try to avoid dog parks and stuff like that,” she said. “If your pet does develop symptoms, definitely set up an appointment so that we can examine them and give them some medication.”

According to Dr. Lowes, younger dogs with naive immune systems as well as older dogs are most vulnerable to more severe cases of kennel cough.

The Edmonton vet says she believes it’s possible more people have been adopting dogs and puppies recently, and thinks dog owners may be visiting dog parks more often, contributing to the spread of the infection.

“A year to four years old is more common.”

A vaccine is available to help prevent the respiratory illness.