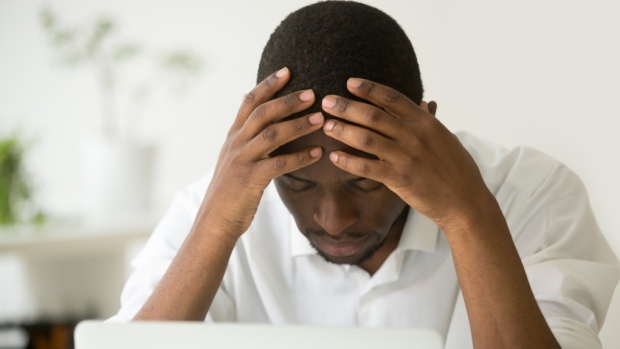 TORONTO — A new report on the mental health of Canadian workers suggests one in four are considering a career change amid the COVID-19 pandemic.

According to Morneau Shepell’s monthly Mental Health Index, 24 per cent of Canadians indicated that the pandemic has led them to reconsider their professional future and think about switching jobs.

The report, released Wednesday, shows the pandemic has “significantly impacted” Canadians’ view of their careers in part due to employees’ relationships with their employers, with one in five Canadians saying their opinion of their boss “worsened” during the pandemic.

Morneau Shepell’s overall Mental Health Index for November was down for the eighth consecutive month, showing that the coronavirus continues to impact the mental well-being of Canadians.

The reading in November dropped 11.1 points from its pre-2020 benchmark due to a “significant decline in psychological health” and employment dissatisfaction.

Stephen Liptrap, president and CEO of Morneau Shepell, said in a press release that Canada is at a “pivotal point in navigating the pandemic.”

“On one hand, the recent news about potentially life-saving vaccines being administered in the first half of next year should bring Canadians some encouragement. On the other hand, we are also approaching some of the most difficult months of the year for many Canadians as we approach the holidays and winter months,” Liptrap said in the release.

He added that employers shouldn’t assume that all employees are “feeling positive about the new pandemic-related developments” and must continue to check in on their well-being to maintain a “productive workforce.”

Approximately 20 per cent of respondents reported that they are undecided if they will change their job, according to the index.

Paula Allen, global leader, research and total wellbeing at Morneau Shepell, told CTV News Channel that employers have been faced with “many challenges” amid the pandemic, but said maintaining the status quo at work is not enough.

“People never forget what happens during a crisis so as employers are moving forward, the impact of how they’re making decisions and the decisions that they’re making impacts employees but also impact how employees view the employer,” Allen explained in an interview on Wednesday.

“If an employee doesn’t feel like they are supported, they’re going to have a more negative impact,” Allen said.

Allen says employers need to show they support their employees by spending time and effort in communicating how to make work-life balance more comfortable during the pandemic and address mental health needs through assistance programs and counselling.

“Those employers who have invested in their people, have supported their wellbeing and their mental health, they are doing better in these results, but also the mental health of their people is also better,” Allen said.

Despite the desire to switch jobs, Morneau Shepell reported that 72 per cent of employees believe their employers are handling health and safety “well” with only seven per cent saying it has been “poorly handled.”

Morneau Shepell’s latest monthly report on its mental health index is based on online survey with 3,000 responses collected between Oct. 25 and Nov. 5. All respondents reside in Canada and were employed within the last six months, according to the index.

The company added that online surveys cannot be assigned a margin of error because they do not randomly sample the population.

Morneau Shepell says the data has been “statistically weighted” to ensure the regional and gender composition of the sample reflects Canada’s population.