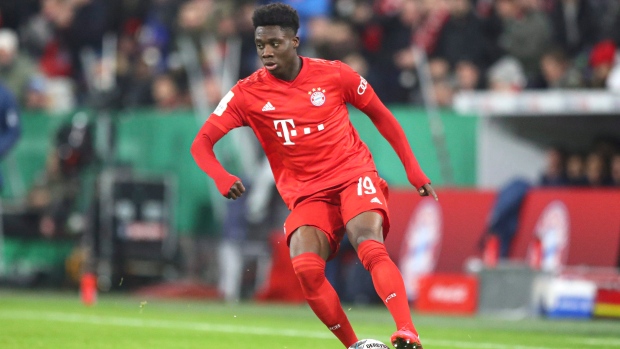 EDMONTON — FC Bayern Munich left back Alphonso Davies continues to add to a long list of accolades in his short career.

Davies, raised in Edmonton, made the FIFA Men’s World 11 as part of The Best awards announced in Zurich, Switzerland on Thursday.

The World 11 includes the best goalkeeper, defenders, midfielders and forwards in 2020, and featured Lionel Messi, Cristiano Ronaldo and Robert Lewandowski.

Munich won a number of titles this year with Davies on the pitch, including the UEFA Champions League in August.