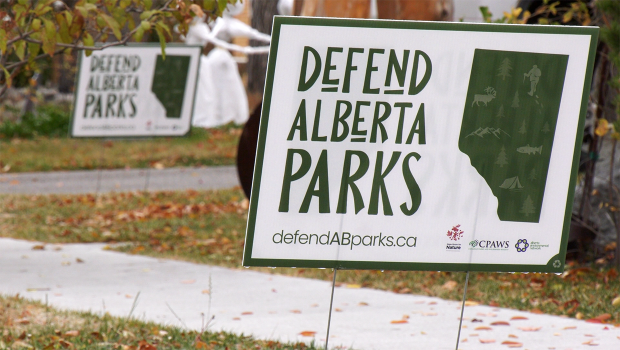 EDMONTON — The Alberta government says it won’t be closing any provincial parks, whether it can find someone to run them or not.

“I am grateful for the hard work of our parks partners and look forward to keeping our parks system sustainable for future generations,” says a release Tuesday from Environment Minister Jason Nixon.

Opposition NDP environment critic Marlin Schmidt called it a climbdown by a United Conservative government facing too much resistance to an unpopular policy.

“It’s clear that the government was forced to buckle under the public pressure it faced,” he said.

Nixon announced in March that the government planned to fully or partially close 20 provincial parks and hand off another 164 to third-party managers. Sites for which no managers could be found would lose park status and revert to general Crown land.

The plan was intensely controversial from the start.

Tens of thousands of letters were written to government members and lawn signs saying “Defend Alberta Parks” began popping up in neighbourhoods around the province.

Nixon maintained the current park system was unaffordable, but was unable to say how much money the changes would save.

Then, freedom of information documents surfaced that showed Nixon had ignored advice from his own staff to begin public consultations. Those documents also suggested that partnerships cost the government more, not less.

Tuesday’s release says: “Alberta’s government has secured or maintained partnerships for 170 parks and public recreation area sites across the province.”

Later, it refers to reaching deals for “more than a dozen” sites.

“In the coming months, Alberta Environment and Parks expects to continue working with interested organizations through the long-standing operational partnerships system.”

The release says no sites will be delisted. All will remain open and retain their current designations and associated protections.

Nobody from the Alberta government was immediately available to comment.

“This is a significant victory for the tens of thousands of Albertans that raised their voices,” said Schmidt.

He said he still has significant questions over the terms of the deals that have been reached.

“This government has done a lot to lose the trust of Albertans,” Schmidt said.

Katie Morrison of the Canadian Parks and Wilderness Society said she’s looking for confirmation that the partnership deals will ensure the parks are run sustainably with conservation as their main objective. She also wants to see some definitive numbers from the province.

Still, she called it a win that the parks will maintain their current protections.

“It is a win that the policy that was announced is not going forward. Albertans should be proud that they have stood up for their parks.”

This report by The Canadian Press was first published Dec. 22, 2020.