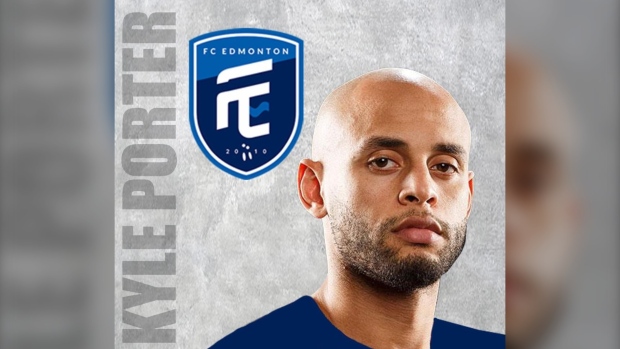 Porter played for Edmonton in 2011-12 when the club was in the North American Soccer League.

The 30-year-old from Mississauga, Ont., spent the last two seasons with York 9 FC (now known as York United), where he had three goals in 37 appearances.

“Kyle’s versatility and experience in the CPL and other leagues will be invaluable to our group as we prepare for the 2021 season,” Edmonton coach Alan Koch said in a statement. “I have been in contact with him for several years on the journey and am excited to finally get to work with him back in Canada. He is a part of the history of the club and returns to be a part of our future.”

Porter joined the Vancouver Whitecaps academy program in 2007, prior to being loaned to Germany’s Energie Cottbus. After his first stint in Edmonton, he signed with D.C. United and appeared in 32 games.

Porter represented Canada at the U-17 and U-20 levels and went on win seven caps at the senior level.

Porter played the last two seasons for York9 (now York United) of the Canadian Premier League (CPL), where he made 37 appearances and scored three goals for the club.

This report by The Canadian Press was first published Dec. 23, 2020