EDMONTON — An Edmonton councillor is voicing concerns against a proposed condo tower on Whyte Avenue that would tear down a building with historical value.

Wexford Developments wants to build The Baron, a nine-storey condo building on the site where the Archibald Block is located, on Whyte Avenue and 105 Street.

The Archibald Block, currently the home of When Pigs Fly, was built in 1909, and while it’s not a protected resource, historians say it represents early commercial growth in Old Strathcona. 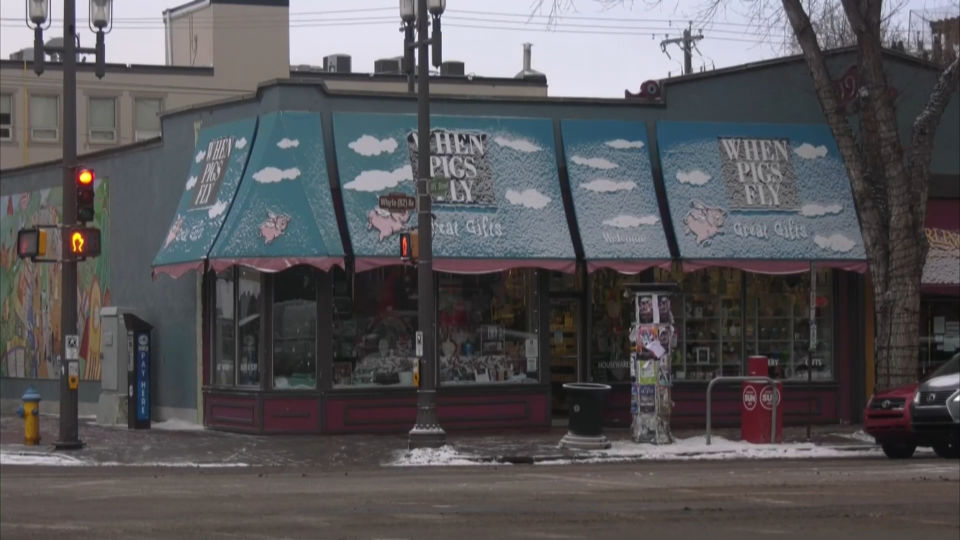 Ward 8 Coun. Bill Henderson is not on board with the project.

“There’s no intention to hold onto the original building. None.

“This was part of that core historical area where the four-storey maximum was kept. It was not kept, ironically, across the street.”

Henderson is referring to the Raymond Block, a six-storey project built by the developer that owns Archibald Block before the new rules came into place.

“I think you can see it changes the feel of the street,” Henderson said. “It’s created large issues of shadow on the other side of the street, which is where all the patios and things are.”

Wexford Developments declined to comment to CTV News Edmonton. The provincial government has asked the company to do a Historic Resource Impact Assessment before demolition can be approved.

The City of Edmonton recently closed its public feedback survey on The Baron and council will discuss the project during a public hearing in the spring.

“My fear is if we undo that core piece of what makes Whyte Avenue work, which is that historic core, that we risk killing the golden goose.”