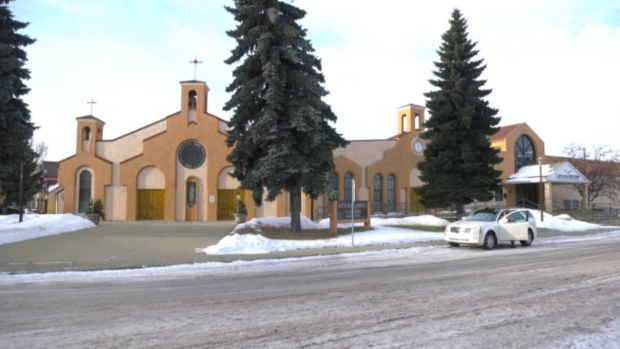 EDMONTON — A 25-year-old man has been charged after he interrupted a mass with a profanity-laced rant and exposed himself.

It happened on Dec. 13 at Santa Maria Goretti Church.

According to Grandin Media, which shares information from the Catholic Archdiocese of Edmonton, three men registered under fake names to attend mass.

After communion, one man went up to the podium and began ranting in Italian and English.

He then took a bottle of wine and exposed himself.

The Archdiocese says the man’s family is known to the parish.

He has been charged with mischief to religious property, which is a hate crime charge.

Police said they have made the decision not to release the suspect’s name in order to avoid contributing to social media notoriety and encouraging copycat events.