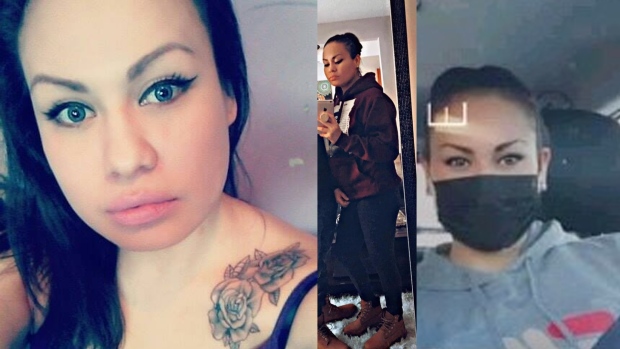 EDMONTON — Police are looking for help from the public to find a 30-year-old woman who hasn’t been seen since Christmas Eve. Her disappearance is being considered suspicious.

Billie Wynell Johnson was last seen in the area of 113 Street and 107 Avenue on the evening of Dec. 24. She was reported missing on Dec. 28.

She is described as 5’7” tall, weighing 140 pounds. She has dark hair and tattoos, including a flower on her left clavicle and “Gianna” on her forearm.

She was last seen wearing tan hiking boots, black pants, a grey or blue FILA sweater and carrying a black Adidas tote back with white writing.

Police say her disappearance is out of character.

“In speaking with the family we’ve been advised that Billie is normally very active on her social media accounts, and she always has constant contact with family and friends on a daily basis. She has been out of contact with family and friends since December 24 as well as no activity on her social media account since December the 24,” said Sgt. Amanda Johnson of the Edmonton Police Missing Persons Unit.

“All of her activity ends on December the 24.”