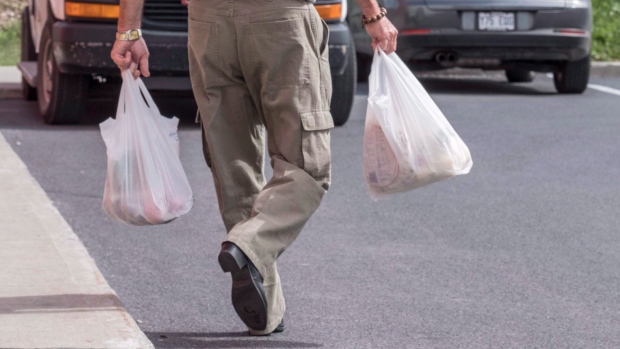 OTTAWA — With 2020 nearly behind us, a number of new rules and regulations are set to take effect this upcoming year. Changes include minimum wage increases, bans on single-use plastics and free vaccines.

Below are just some of the new rules and regulations set to come into effect federally and provincially in 2021:

Stores can still accept the bills if they choose to, however, this doesn’t mean that the bills are worthless as they can potentially be sold for more than face value to collectors.

The federal government announced plastic bags, cutlery and other hard-to-recycle plastic items would be banned by the end of 2021.

The federal government’s new “Workplace Harassment and Violence Prevention Regulations” come into effect on Jan. 1, forcing federally-regulated organizations to formulate a workplace harassment policy, with an assessment of harassment risk factors and employee harassment training to be completed by Jan. 1, 2022.

Beginning on March 1, British Columbia will implement new measures aimed at keeping the province accountable toward its goals for reducing greenhouse gas emissions, which will require documentation on how the government intends to meet its climate goals and how much it will cost.

The province of Alberta is implementing sweeping changes to its municipal election finance rules that require campaign surpluses of more that $1,000 to be donated to charity, increasing the donation maximums to $5,000 per person and allowing individuals to self-fund a campaign for a maximum of $10,000.

While the bill came into effect on Sept. 1, 2020, the next round of municipal elections isn’t until October 2021.

The Saskatchewan government has adjusted property tax percentages of value for commercial, industrial, elevator, railway, resource and pipeline properties to 85 per cent for the upcoming year, a savings of 15 per cent.

Effective Jan. 1, veterans’ associations in Manitoba will be exempt from paying municipal property taxes. Some municipalities already waive property taxes for these groups, but only on a voluntary basis.

The Ontario government is in the process of passing the ‘Helping Tenants and Small Businesses Act,’ which will freeze residential rent for the entirety of 2021.

Prince Edward Island is banning the sale of flavoured e-cigarettes and vape products on March 1, becoming the second province behind Nova Scotia to do so. The province has already increased the minimum age requirement to purchase vape products to 21.

Beginning on Jan. 1, the province of Newfoundland and Labrador will offer child daycare at $25 per day, with a plan of funding 8,000 such spots, though the program requires daycare facilities to sign up for the funding.

Effective Jan. 1, New Brunswick is updating the “Motor Vehicle Act”to include several new provisions, including increased fines for distracted driving and passing a school bus with its stop sign illuminated.

Meanwhile, the province is also doubling the fine for anyone caught driving an ATV or snowmobile without a permit, as part of several changes to the “Off-Road Vehicle Act”which come into effect on Jan. 1.

On April 1, Nova Scotia’s minimum wage will increase to $13.10 per hour, making it the highest minimum wage in Atlantic Canada, though still lower than many other provinces.

In May 2021, the Northwest Territories government is slated to release a final action plan in response to the national inquiry into the Missing and Murdered Indigenous Women and Girls.

The territorial government had previously been criticized for not conducting its own action plan sooner.

Yukon will provide the shingles vaccine, Shingrix, for free to people between the ages of 65 and 70. It will be available at pharmacies and community health centres in the territory.

In its 2021 budget, Nunavut indicated it is increasing residential property taxes by one per cent, while increasing the garbage pick-up rates by three per cent.

This is the fifth-consecutive year that property taxes have increased by one per cent in the territory.