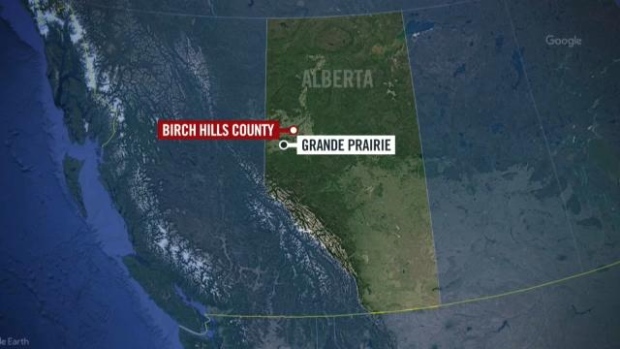 EDMONTON — Mounties have confirmed the names of a family of four killed in a helicopter crash in northern Alberta on New Year’s Day.

The man and woman who died when their Robinson R44 helicopter crashed in a farmer’s field about 100 kilometers northeast of Grande Prairie were spouses Wade and Aubrey Balisky.

A signal from an emergency location transmitter in the Birch Hill County area was sent around 8:50 p.m. on Jan. 1.

A representative from the Transportation Safety Board told CTV News the helicopter’s flight path is unknown and it’s not clear from where it departed or to where it was destined.

An investigation is underway.