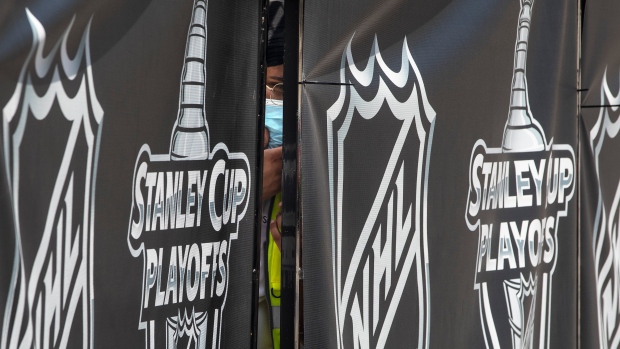 The National Hockey League, which took a revenue hit last year due to the COVID-19 outbreak, said on Tuesday it has sold the naming rights to its divisions for the first time.

The move to sell naming rights to divisions that were once named after some of the founding fathers of the league before taking on geographical designations, follows a recent decision by the NHL to allow small advertisements on player helmets.

For the new season, which begins on Jan. 13, teams will play in the Scotia NHL North Division, Honda NHL West Division, Discover NHL Central Division and the MassMutual NHL East Division, the league said in a news release.

The NHL did not say whether having corporate sponsorships for divisions would be the new normal or simply a one-year-only campaign, but some marketing experts believe they are here to stay.

“While some fans may protest the over-commercialization of the league, the majority understand the importance of finding new revenue streams, especially now,” Bob Dorfman, a sports marketing expert at Baker Street Advertising in San Francisco, told Reuters.

“I’m sure this won’t be a one-timer for the NHL. Whether it’s naming rights, logos on uniforms, or almost any other new sponsorship deal bringing in much-needed revenue, fans will get used to it and leagues will keep pursuing it.”

Due to COVID-19 and the closure of the U.S.-Canada border, the NHL sought to minimize team travel as much as possible and the 56-game regular season, down from the usual 82, will shift exclusively to intradivisional play.

To accommodate this plan, the NHL’s 31 teams will be split among three U.S.-based divisions and one all-Canadian division.

The current plan is for all games to be played in teams’ home arenas, as opposed to single-site locations, which were used for last year’s playoffs. Most venues will not, at least in the initial part of the abbreviated season, be able to host fans.

Last month, Forbes said the average value of NHL franchises declined for the first time since 2001 as the COVID-19 pandemic robbed teams of critical revenue.

The NHL held 85% of its regular season games with fans last season before suspending the campaign in March due to COVID-19. Play resumed nearly five months later with a post-season held at neutral sites and behind closed doors.