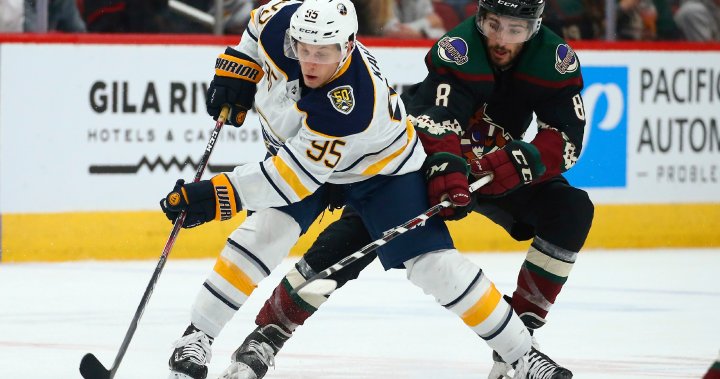 There was some drama in the first scrimmage of training camp for the Edmonton Oilers.

Team Blue pulled goalie Stuart Skinner down 2-1 late in the third period. Jesse Puljujarvi swooped in on a rebound and flicked a shot past Anton Forsberg to tie it with 1:11 to go.

“The guys have worked pretty hard here for three straight days. We wanted to get into a scrimmage. We touched on a lot of parts of our game. We wanted to get out there and start executing some of them,” head coach Dave Tippett said. “I thought it was a good pace. Saw some good things. Some things we still have to improve on. Not bad for the first scrimmage.”

McDavid and Joakim Nygard scored for Team White in the third period. Seth Griffith picked the top corner on Mikko Koskinen for a Team Blue goal in the first period. Griffith was set-up by Dominik Kahun’s crisp cross-ice pass. It was Kahun’s first appearance at training camp.

“Good start for him,” said Tippett. “I’ve watched him for the last couple of years. I like what he does. He’s a smaller guy, but he’s very competitive. He has great vision. The skill level is high.”

We were told we should post scrimmage highlights. 🙃 #FuelledByG | #LetsGoOilers pic.twitter.com/X2dQJIKxZo

Kahun, 25, has played 138 NHL games for Chicago, Pittsburgh, and Buffalo. He’s played well in all his stops so it’s a bit odd he’s already on his fourth team.

“I don’t know what the answer is really,” said Kahun. “I think it’s just part of the game. I’ve always tried my best. I don’t think I made any mistakes. I’m just happy I’m here right now and want to have a good season.”

Kahun has played internationally for Germany on several occasions. In 2018, he was part of the German side that won a surprising silver medal at the Olympics.

Now, he’s part of a cluttered Oilers forward group, which is shaping up to be the team’s deepest in several years.

Devin Shore played in the scrimmage after practicing for the first time yesterday. James Neal and Gaetan Haas remain out and aren’t expected to be on the ice in the near future.

The Oilers will practice and scrimmage again on Friday and Saturday.