EDMONTON — Two days from the start of the NHL campaign, Oscar Klefbom is focused on trying to be ready for next season.

The veteran Oilers defenceman is sitting out the upcoming 56-game schedule in the hopes of repairing his injured shoulder, a problem that has plagued him for years.

“It’s been bad for a while and I’ve been playing through a lot of pain,” said Klefbom, speaking to media via Zoom from Karlstad, Sweden.

“When it comes to a point where you really can’t sleep and put your clothes on properly…you know you should not do this anymore,” Klefbom said. “This is not the life I want.”

What exactly is ailing the 27-year-old is unclear. Klefbom said he didn’t know the medical term for it and the team could not provide specific details.

Klefbom said the issue stems from a specific injury (separated shoulder) he suffered while playing for Farjestads of the Swedesh Elite League. According to NHL.com, Klefbom injured his shoulder 11 games into the 2012-2013 season. 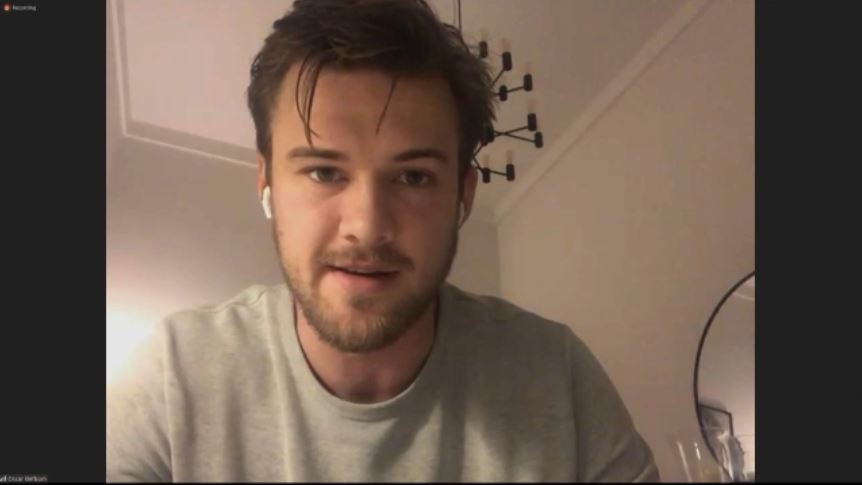 “And what I’ve heard, there’s risk for arthritis and other stuff going with this when you have this kind of surgery that I had in my younger days.”

Klefbom last played Aug. 7, 2020, against the Chicago Blackhawks. The Oilers then announced in December that the team would be without Klefbom’s services for the foreseeable future and made roster moves to try to address his absence.

As for why he has not undergone surgery in the months since, Klefbom said he wants to consult, in-person, with a doctor in Cleveland about his options, but the ongoing global pandemic has complicated that process.

“It’s obviously a big decision that I’m going to have to take to get my shoulder replacement or shoulder surgery done, but it’s a very difficult situation with COVID-19.”

According to the Centre for Disease Control and Prevention website, foreign nationals who have been in several countries, including Sweden, for the past 14 days are not permitted to enter the United States, unless they have specific exemptions.

Klefbom has had at least one other surgery (in 2018) on his shoulder but has always played at least 61 games in each of the past four seasons. On the flip side of the coin, Klefbom has only ever played one full 82-game season in the NHL since coming into the league in 2014.

“Hopefully this is a problem we can solve,” Klefbom said.

“I would like to get the surgery as soon as possible.”

During the call with Klefbom, the Oilers made a few roster moves, including waiving one of the team’s top penalty killers from last season, forward Jujhar Khaira.

Khaira is entering his sixth year with the club but has struggled to find consistency at even strength.

A player on waivers can be claimed by any of the other 30 NHL teams. If unclaimed, players are typically added to the roster of their American Hockey League affiliate.

The Oilers are scheduled to play their season opener Wednesday against Vancouver at Rogers Place.