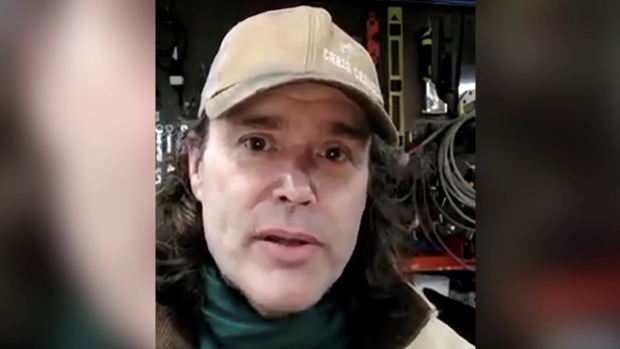 EDMONTON — Country star Corb Lund has released a new video – but this one isn’t a guitar song – it’s him criticizing a UCP government plan to allow “mountaintop removal” for coal exploration in western Alberta.

“We’ve all seen the foothills, it’s beautiful country. So I don’t really like this,” Lund said in a video posted to social media Tuesday.

Folks, recently there have been some alarming and significant changes to Alberta’s provincial Coal Policy, which open up the eastern slopes of our Rocky Mountains to potential open pit coal mining. For more info please read my post: https://t.co/YDvx9iava7 https://t.co/8bBhO0XLYz

Lund said he’s been researching the issue since people started telling him about it in December.

He said he’s met with a number of people including provincial ministers, members of parliament, First Nations representatives and people who live and harvest food in the area.

“I tried to be fair about it. I know there’s always two stories, and there’s always different values to balance. But I gave it my best shot, and I took in all the information for weeks and studied it. And I got to tell you I’m kind of pissed off,” he said.

Alberta Energy gave miners until Dec. 15 to bid on nearly 2,000 hectares on the eastern slopes of the Rockies.

The United Conservative government has said it seeks to encourage increased export coal production in an effort to create jobs.

Most Alberta coal is used for steelmaking, not power generation, and the province said any mine proposal will be subject to a review.

“There’s a lot of bad things about this but the biggest thing probably is water. Water, water, water. Contained in this huge area are the headwaters of the Oldman River, you got the North Saskatchewan, you got the Red Deer River. And that’s the drinking water folks, for a good part of the province,” he said.

Lund accused the UCP of failing to consult stakeholders, and he made the video to raise awareness to Albertans and Canadians.

“The policy seems to have been changed pretty quietly. Cause I didn’t hear about it until December, until these folks told me about it,” he said.

A request for comment from the Alberta government was not immediately responded to.

With files from the Canadian Press.