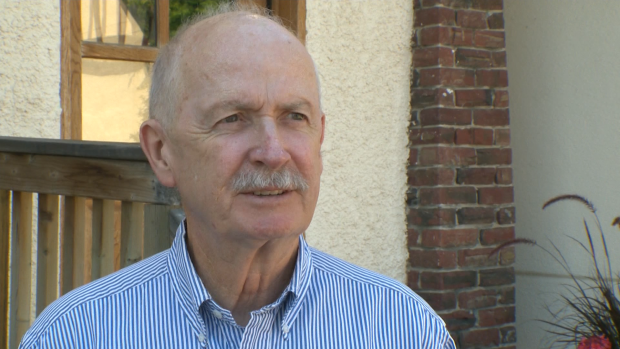 EDMONTON — Reverend Mike McCaffery, the priest who officiated Wayne and Janet Gretzky’s wedding, died at the age of 85 due to possible complications related to COVID-19, according to the Catholic Archdiocese of Edmonton.

“‘Death of a legend,’ ‘the passing of an era’ or ‘the end of an institution.’ These are all true,” said Edmonton Archbishop Richard Smith in a press release.

“So extensive was the impact of his priestly ministry on the people of this Archdiocese, and so many were his accomplishments.”

McCaffery studied at St. Joseph Seminary in Edmonton between 1954 and 1961 when he was ordinated.

McCaffery served with a number of churches throughout the province, including Edmonton, Leduc, Mearns, Maskwacis and Red Deer, between 1961 and 2003.

He had a master’s degree from Fordham University in New York and a religious leaders’ certificate from the University of Notre Dame in Indiana.

McCaffery taught at, and was vice-president and president of, Newman Theological College in Edmonton.

He became rector of St. Joseph’s Basilica in 1987, a year before he officiated Wayne Gretzky’s wedding there.

In 2013, he told CTV News Edmonton that he was a little nervous performing the ceremony, that he forgot an important part of it.

“I remember sitting listening to the one of the readings and I said gee whiz I forgot one of the marriage certificates they had to sign so I had to send the alter server out to get that.”

McCaffery officially retired in 2000, but continued to perform weddings and funerals, including the funeral of Edmonton Oiler’s legend Dave Semenko in 2017.

He was living at the Villa Vianney, a private living home in Edmonton for retired priests. The home went into lockdown when COVID-19 symptoms were first detected on Jan. 5.