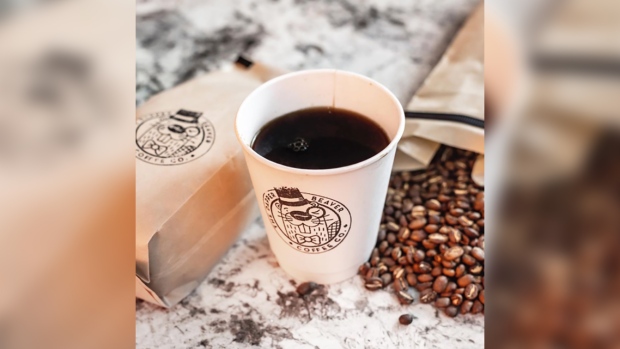 EDMONTON — The Alberta government is expanding its relaunch grant so that more businesses are eligible for support, but one local business owner says it’s not enough.

On Thursday afternoon during a press conference, Minister of Jobs, Economy and Innovation Doug Schweitzer said that the government would expand applications to new businesses that opened during the pandemic.

The new guidelines now include businesses that started operating between March 1, 2020 and October 21, 2020. Those businesses need to show that they had a 30 per cent loss of revenue by providing revenue figures from November or December 2020, compared with any prior month between March to October 2020. The payment to those eligible businesses is 15 per cent of their monthly revenue up to a maximum of $15,000 in funding. Businesses can use the funding to offset the cost of relaunching their businesses. This can include things such as physical barriers, PPE and cleaning supplies.

Before Thursday’s announcement, businesses that opened in March 2020 and after, were not eligible for the relaunch grant because the decrease in revenue was being compared between April or May of 2020 to April, May or February of 2019, excluding newer businesses.

Local coffee roaster and coffee shop owner Scott Claypool learned Thursday that even with the new guidelines, his business, The Dapper Beaver, is still not eligible for provincial, or federal support. He began selling coffee online in August of 2020 and he opened the doors of his coffee shop on September 28, 2020 in the Parkallen neighbourhood.

“I know people have the best intentions of saying oh you’re really brave for opening in a pandemic… [but] I had zero intention of opening during a pandemic. All the wheels started going into motion in May of 2019,” Claypool said. “Once I decided to make that decision to continue opening, I already had all of my life savings invested in this and got bank loans already, and decided that I still had to push forward.”

Claypool said that he has spent hours reading through the fine print and emailing his network of business contacts that he thought might have more information, or know of other funding availabilities, such as banks, but so far he hasn’t been eligible for any relief.

“For those of us who are really trying to make it month to month here, that support just isn’t there,” Claypool said, “It’s still my responsibility to make a sustainable business, but at the same time, I’m just looking for some support through the COVID relief.”

When the announcement came out Thursday that the provincial government was extending the grant, he said he was cautiously optimistic but upon reading the fine print, realized that he still wasn’t eligible to receive the supports available.

His biggest frustration with the current guidelines is the comparison model being used. Claypool says that he isn’t able to show a 30 per cent loss of revenue. In August he had only launched the online sales for his business, and in October fewer restrictions were in place, so he doesn’t have the data he needs to support a loss of income.

Prior to the change in guidelines, Claypool started a petition to encourage the UCP government to recognize that the grant doesn’t fit the needs of a new businesses.

“That is what the petition is trying to do, to recognize that entrepreneurship still needs to occur in Alberta, it’s what we build our economy on and we need to support these people that are trying to make a living for their family.”

The petition had 3,589 signatures as of Thursday evening.

Claypool says that regardless of the pandemic he is so appreciative of all of the support he has received from the community since opening his coffee shop. He says the support local movement really made a difference this year, especially during the Christmas season.

“Almost every single day I have people coming in saying I heard about you, I really want to support local.”

His desire now, is that his petition might gain momentum and that supports can be brought forward that includes all small local businesses in Alberta, regardless of when they opened, and their ability to show a certain loss of income during a specific time period.

“I shouldn’t have to feel this frustration of trying to navigate and understand the help that is supposed to be coming from our government,” he said, “it’s really tough having to spend hours, literally hours and hours and hours every time something is released hoping that something is there for us.”