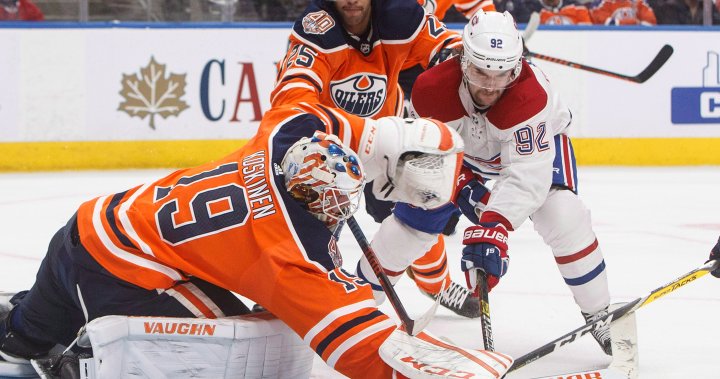 Koskinen is expected to start every game for the foreseeable future with Mike Smith having been placed on long term injured reserve.

“It’s tough when you have a guy like Smitty go down,” said defenceman Ethan Bear. “He’s a good athlete and he’s going to come back strong. In the meantime, just hold down the fort.”

The Oilers have claimed goalie Troy Grosenick off waivers from the L.A. Kings. Grosenick, 31, signed a one-year, two-way deal with the Kings in October. He has two NHL appearances, both with San Jose in 2014/15.

“Talking to our scouts and Schwartz (goalie coach Dustin Schwartz), he’s had some real quality time in the AHL. He’ll come in and give us an option,” said Tippett.

Tippett said Joakim Nygard will make his season debut and Tyler Ennis will likely play after missing Thursday’s game. Jujhar Khaira will come out of the lineup with another forward expected to be scratched from last game.