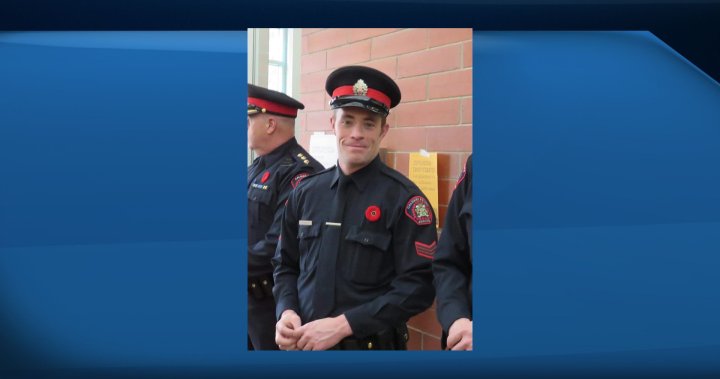 A bail hearing for a teen accused in the hit-and-run death of Calgary police officer Sgt. Andrew Harnett will continue Wednesday.

The hearing began Tuesday for the 18-year-old accused, who was 17 at the time of the offence on Dec. 31.

He has been charged with first-degree murder and cannot be named under the Youth Criminal Justice Act.

Police have said Harnett was hit and dragged while attempting to stop an SUV after noticing its plates didn’t match its registration.

Police allege the accused youth was driving the SUV and Amir Abdulrahman, 19, was a passenger in the vehicle.

Abdulrahman has also been charged with first-degree murder.

Prosecutor Doug Taylor told the court Tuesday that he plans seek an adult sentence for the youth if he’s convicted, which would be life in prison with no eligibility of parole for 10 years.

He later told reporters why the Crown is opposed to the suspect’s release.

“Simply put, the Crown’s position is that the young person ought to be detained for both the safety and the protection of the public and to maintain confidence in the administration of justice,” Taylor said.