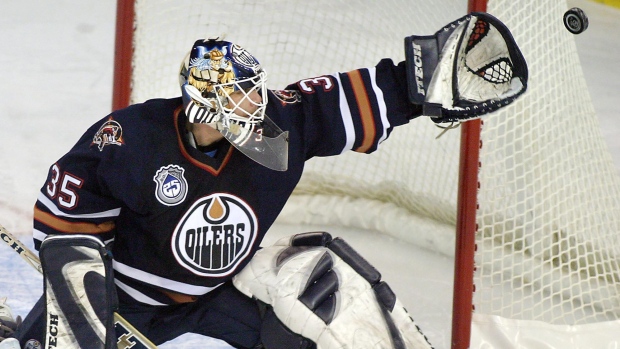 Salo, 49, drove into the centre railing of a major highway on Aug. 11 and was later found to have a blood alcohol level of more than three times the legal limit, according to a report from Sweden’s public broadcaster.

The netminder played 548 NHL games including parts of six seasons with the Oilers where he was the team’s starting goaltender in the early 2000s and was twice named an NHL all-star.

He also played for the New York Islanders and Colorado Avalanche during his NHL career and retired in 2007 after returning to play in his home country.

He frequently represented Sweden in international competition including the World Juniors, World Championships and Olympics where he was part of its gold-medal winning team in 1994.