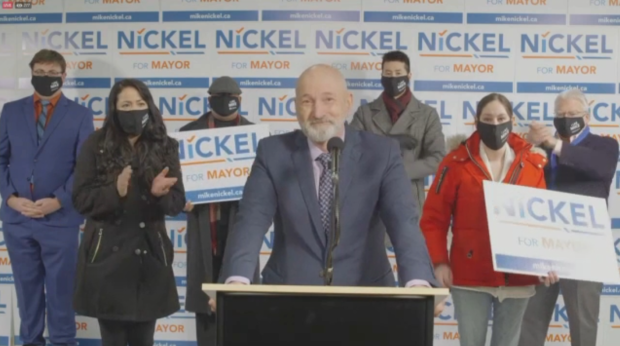 EDMONTON — Mike Nickel announced on Friday night that he’s running for mayor in the upcoming October civic election, after hinting at a run for several months.

The announcement was made in a virtual event, where Nickel was flanked by half a dozen supporters.

Nickel promised to cut red tape at the city and project oversight. He also promised to protect the river valley from solar farms.

“We need a bold and unapologetic vision for getting things done, getting it right, getting the best value possible.”

He also demanded the city hall present a plan to reopen amidst the COVID-19 pandemic.

Iveson has already announced that he will not run again in 2021.