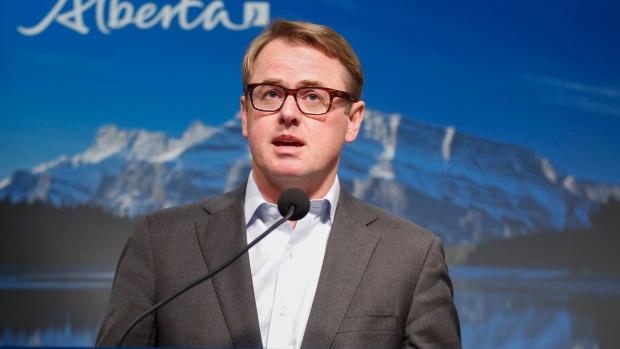 EDMONTON — Despite testing three times as many samples as it has previous years, Alberta has not confirmed a single case of influenza – a fact, its top doctor says, that testifies to the elevated danger of COVID-19.

Chief Medical Officer of Health Dr. Deena Hinshaw reported 461 new cases of COVID-19 on Thursday, and seven more deaths related to the disease, pushing the fatality tally over 1,600 since March 2020.

Yet, Hinshaw noted, the province has not counted one lab-confirmed case of influenza.

The previous year, influenza cases numbered in the 8,400s and hospitalizations over 1,600. There were 41 influenza-related deaths.

“The measures that we have put in place to fight COVID-19 are unprecedented in Alberta’s history, yet despite these steps, there have still been more than 122,000 cases of COVID-19 diagnosed in the province so far. More than 5,300 Albertans have been hospitalized since the pandemic began, which is 4,000 more hospitalizations than we saw from influenza last year. Similarly, more than 850 have been admitted to the ICU from COVID-19. We haven’t even had COVID in the province for a full year and yet that’s still five times the total ICU number of the entire 2019-20 influenza season. And, in just 11 months, COVID-19 has taken more lives than 10 years of influenza cases combined,” Hinshaw listed off.

“All of which reminds us yet again that COVID-19 is unlike any virus that we have faced in Alberta in more than 100 years. It is highly contagious and if we had not put strong measures in lace to limit spread, its impact on our health-care system and province could have been catastrophic.”

The province’s COVID-19 positivity rate sits at 3.9 per cent after some 12,300 tests on Wednesday.

About 12 per cent of schools are experiencing an alert or outbreak.

There are 591 people across the province in hospital with the disease; 112 are in ICUs.

The number of vaccine doses administered in Alberta ticked up to more than 102,500, with more than 12,000 having received two doses.

Health Minister Tyler Shandro, who joined the Thursday conference instead of Premier Jason Kenney, reiterated comments he made that morning placing blame for vaccine shortages on the federal government.

“The reality is we have no vaccines right now. And it’s going to be months before we have enough for all the groups who have a legitimate claim to be a priority,” he said.

Shandro said the development leaves his government unable to tell Albertans when to expect to receive a shot, and troubles the schedule which was supposed to see the most vulnerable populations, including seniors, immunized by the end of March.

“This is about the commitments that are the agreements that the federal government came to with the manufacturers and the lack of priority for Canada that was negotiated, especially the front end,” Shandro said.

Hinshaw also opened her remarks by explaining Alberta’s opposition to Pfizer’s request that Health Canada change its vaccine label to indicate a vial contains six doses, rather than five.

Agencies in the U.S. and Europe made the change earlier in the month.

But Hinshaw estimated even in perfect circumstances – with a one-millilitre syringe – vials contain a sixth dose only 75 per cent of the time.

In reality, she said, Alberta does not have enough of those syringes in stock to complete is immunization program, and while the province is sourcing more, they are in high demand globally. As a result, with the number of sites currently equipped with the one-millilitre syringe, Alberta has been seeing a sixth dose extracted between 50 and 60 per cent of the time, Hinshaw told reporters.

“If vials are relabeled to indicate six doses, we will always ensure that the correct amount of vaccine will be provided as each dose is drawn,” the top doctor promised. “But a sixth dose is not guaranteed, which is something that needs to be considered carefully.”