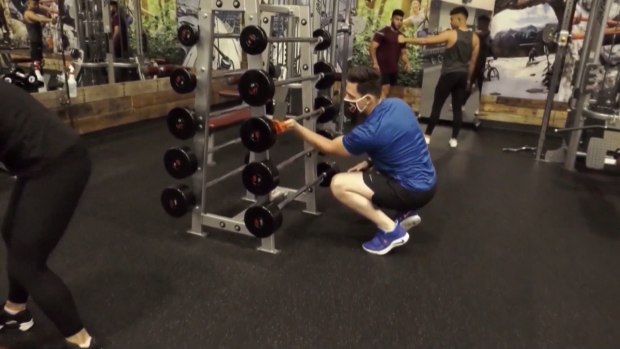 CALGARY — Members of Alberta’s fitness and sports industry met earlier this week with the UCP caucus and have agreed to postpone reopening against rulings for another week, but their adherence may be short lived.

Despite the agreement, CTV News has learned that about 200 gym owners are ready to unite and reopen their doors on Feb. 8 if they are not given direction to open sooner.

Joel Kotkas, one of the founders of the Gyms of Alberta Facebook group and an owner of a gym himself, has not directed businesses to defy public health orders, but is encouraging the more than 4,000 members of the group to contact the province.

On Monday, a prepared message calling for the reopening of gyms was shared within the group with a directive that members email it to their MLA, Premier Kenney and Chief Medical Officer of Health Dr. Deena Hinshaw.

“The narrative that we are promoting is public health and that we no longer support the Alberta government,” Kotkas said in a Facebook video.

“The public wants us and needs gyms to be open and the government has lost support of everybody that’s sending in this email.”

Kotkas adds that gyms are losing out significantly on membership fees at the moment, but the negative impact on mental health has taken its toll on thousands of Albertans who have had to forgo their physical activity routines.

An online petition to reopen Alberta gyms launched two weeks ago has garnered more than 23,000 signatures as of Friday morning.