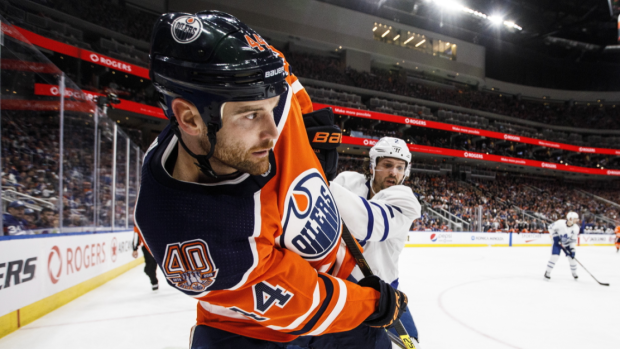 The 30-year-old left Monday’s game against the Sens in the first period after a fight with Erik Gudbranson.

The forward was ruled out with an upper-body injury after playing only 33 seconds.

Kassian has scored one goal and three points in 13 games this year.

Tippett also noted his team would be out defenceman Ethan Bear in Tuesday’s matchup.

Bear last played Jan. 30 and is eligible to be activated from the injured reserve at any time.