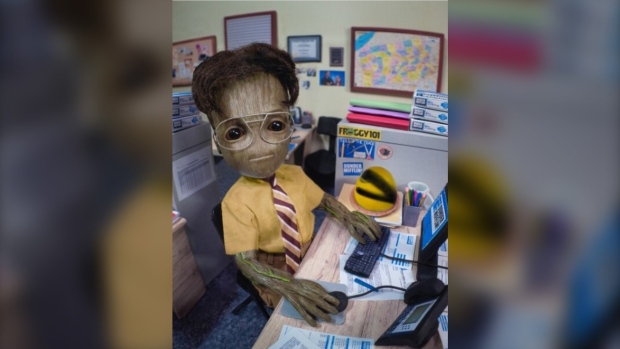 EDMONTON — A toy photographer in Edmonton boasts a large social media following for his creative take on miniature art.

Since March of 2018, Duane Perera has built more than 200 dioramas using action figures and pop culture themes based primarily on scenes from the 80s and 90s.

“I can’t draw, I can’t paint, but I can create art using these toys,” Perera said.

The work put into these dioramas can be tedious. Perera said depending on the complexity of backgrounds it can take four to five days to build one scene from start to finish.

His favourites usually involve a crossover.

HOW IT ALL STARTED

Perera told CTV News Edmonton that he initially wanted to be a travel photographer and began sourcing tutorials through YouTube.

“This was something that I stumbled into very randomly,” he recalled.

“I came across this one photographer taking pictures of miniature cars and I was fascinated by it. I did a little more research and I found this community of action figure photographers online and from there I just fell in love with it,” he said.

The photographer admits much of his work is nostalgic. For example, he owns between 100 and 150 action figures.

“Reliving those childhood memories of playing video games or going to the store and buying CDs or records,” he said.

“I love the [Teenage Mutant Ninja Turtles] so I use them quite a bit in my photography.”

Perera said that his online presence has grown mainly through shares on social media and by word of mouth.

“I did one photo of Michael Jordan and Will Smith discussing sneakers, and that one did eventually get seen by Will Smith and he posted it on his Instagram page. Through that my account really blew up.”

Perera told CTV News Edmonton he still has a lot to learn — particularly with 3D printing — but he’s working toward creating more content and building his online presence. He intends to pursue more brand deals and advertisements through his platforms.