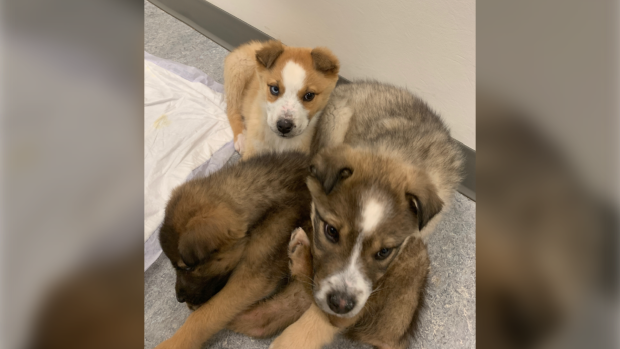 EDMONTON — Three puppies abandoned on a highway near Frog Lake First Nation in January have all been adopted.

Elk Point RCMP found the dogs along Highway 897 on Jan. 14. There were no houses nearby, but human footprints were found near the puppies.

RCMP feared for the well-being of the animals, and brought them to Bonnyville SPCA where the puppies were cared for until they were ready for adoption.

Hank, Lucy and Max each got a little spa treatment from the SPCA before leaving for their forever homes.

Bonnyville is 240 kilometres northeast of Edmonton.