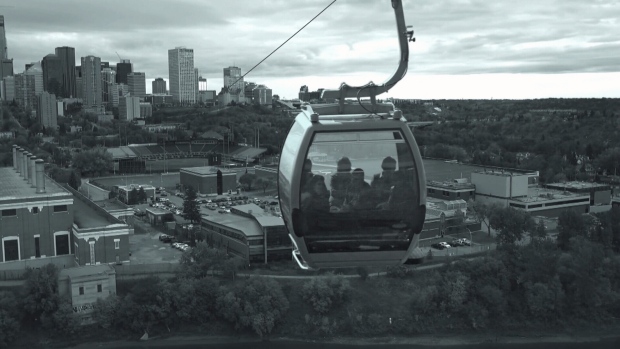 EDMONTON — Edmontonians could find out Monday whether plans for a proposed $150-million urban gondola — that would ferry passengers across the river valley — will move forward.

City council will discuss the potential privately funded project and a vote on whether to proceed could happen.

Approval of the project would mean Prairie Sky would lease land from the city at an estimated $1.2 million a year.

One transportation planning expert wonders how feasible the idea really is, saying it’s more of a tourist attraction than a viable mode of transportation for Edmontonians.

“Public transit is paid for by fares and subsidy from the taxpayers and if we were to go down that route to have the most attractiveness, the most number of people to use the gondola, there has to a pretty difficult conversation about who’s gonna pay for the subsidy,” David Cooper, founder of Leading Mobility Consulting, told CTV News Edmonton.

Edmonton Mayor Don Iveson told CTV News Edmonton a week earlier he liked what he had heard from the proposal so far.

If council votes to move forward with the project the detailed design phase would begin, as well as consultations with the Indigenous community and the public.

The proposal states construction of the gondola would create approximately 1,000 jobs in the city.

Proponents say if all goes to plan, the gondola could be operating by the spring 2024.