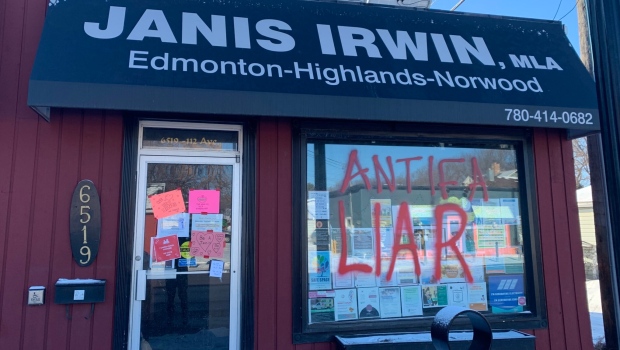 EDMONTON — Vandalism has been removed from the Edmonton riding office for a member of Alberta’s Opposition after it was tagged sometime overnight Friday.

Janis Irwin, a New Democrat member of legislative assembly, posted an image to Twitter on Saturday morning showing the vandalism.

The image’s caption reads, “Good morning to everyone who continues to denounce racism and white supremacy, no matter how angry or uncomfortable it makes some people”

The markings were cleared off by late Saturday morning.

Irwin has represented the riding of Edmonton-Highlands-Norwood since winning election in 2019.