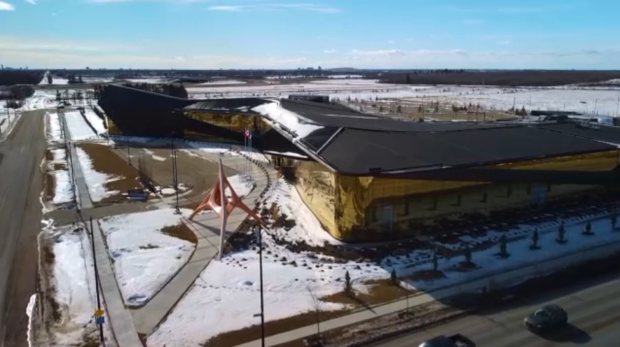 EDMONTON — Edmonton’s northwest police campus is big, it’s striking, and for more than two years it’s been empty. But that won’t be the case as of next Monday.

For officers in the north-west it means getting out of temporary stations, that lack policing essentials.

“They haven’t had holding rooms, or interview rooms, and they’ve been having to go to north east division, or west division, or downtown,” said Edmonton Police Service Dep. Chief Darren Derko.

Internal police programs and public services are being consolidated under one roof.

“It’ll be nice to get into a police-designed facility,” said Derko.

Despite the fact that construction was originally completed years ago, police haven’t been able to move in until now.

Two spring seasons in a row, leaks were discovered in its three-acre roof.

“We’re in a new day, and I think we’re going to have to look at, could we use a similar design to other police stations that we’ve already built, maybe into the future,” said Esslinger.

The city has taken the contractor to court to have them cover the extra cost instead of taxpayers.

And while future city councils may go for utility over aesthetic when it comes to new cop shops, police are just happy this one can finally be put to use.

“We’ve been making due, but now we’re going to finally get into a properly, well designed facility that’s built for tomorrow,” said Derko.

The campus opens to the public on Monday, but EPS won’t be fully moved in for another month.