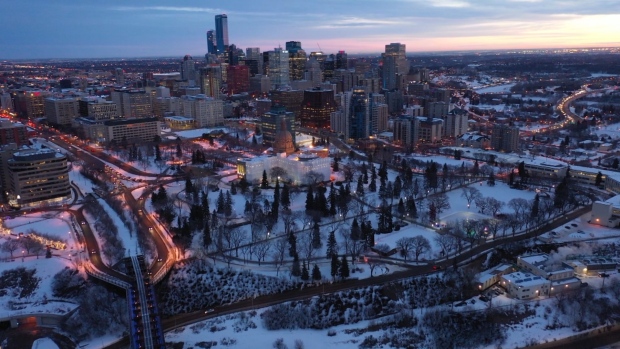 EDMONTON — The start of a new month has ushered in the beginning of a new season, with March 1 often recognized as meteorological spring.

Over the years meteorological seasons have been based on the annual temperature cycle.

This particular event marks the start of the season in the northern half of the globe, according to Environment Canada. After this date, the sun begins to tilt, increasing daylight hours and warming temperatures.

Now that meteorological winter is behind us, Environment Canada has issued some notable statistics on weather patterns and fluctuations from the season.

December and January were considered unseasonably mild. But that trend of above seasonal temperatures didn’t last, as there were 100 new daily cold records in the month of February.

Environment Canada reports that Edmonton had the second-driest winter in more than 136 years and the 33rd warmest winter in 140 years.

While most cities across the province experienced a dry season overall, Calgary was an outlier. That city had the 46th wettest winter on record in 137 years.

Winter was a dichotomy of extremes! Dec and Jan were VERY mild then 100 new daily COLD records in Feb! Result? Warmer than average winter for many locations.
Most of AB was drier than normal! – some in the top 15 driest! #YYCwx was an outlier, being wetter than normal.#abstorm pic.twitter.com/IGllN2Bgg8

As for provincial impacts, Environment Canada notes a few windy events including the rare snow squall Edmonton experienced on Jan. 19.

READ MORE: This is how strong the wind was on Tuesday night

There were also a few thunderstorms reported in southern portions of Alberta at the end of February.

While the first week of March is off to a warm start, it’s likely the second half will cool off. Environment Canada shows temperature projections in March to end up near normal values for most of the province, but below normal in the north.

CTV Edmonton’s Chief Meteorologist Josh Classen said: “In the past 10 years, Edmonton has had five years that came in like a lamb or lion and went out the opposite way.”

“There’s no evidence that a ‘lamb’ start to March means for sure we’ll get a cold or snowy end to the month.”

READ MORE: Is there truth to the March Lamb/Lion adage?