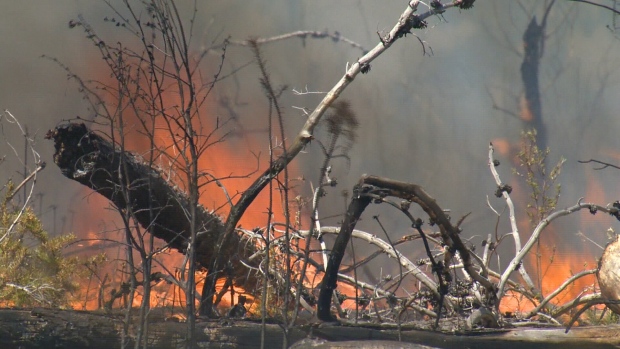 EDMONTON — Snow may still be on the ground, but wildfire season has officially started in Alberta.

Experts say it’s nearly impossible to predict what is in store for this year.

It all depends on day to day weather and how hot, dry and windy conditions are coupled with how many Albertans are out camping after a locked down winter.

“Last year people staying at home may have helped the first situation cause they weren’t starting fires,” said Mike Flannigan with the University of Alberta.

“This year with vaccinations and everyone is tired of covid, I expect a more normal fire season for human ignitions.”

“The snow is starting to disappear rapidly now, we could be starting fire season soon.”

Last year 88 per cent of the wildfires were started by humans.