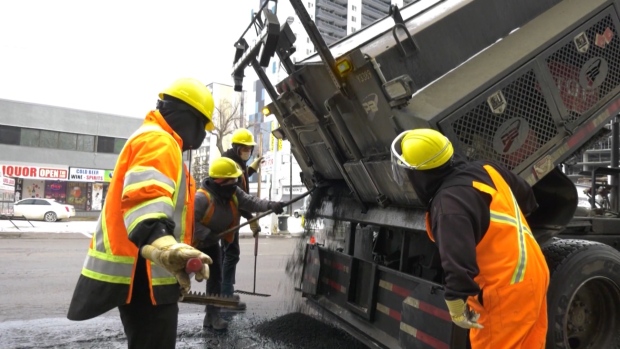 The roads department said it is working with the same staffing and budget but is using a different strategy.

The public can still report potholes through the 311 app, or by calling 311, but now when crews respond they will also assess the area and fill any other additional potholes spotted nearby.

“We’ve seen a 300 per cent decrease in 311 notifications as of this year due to the proactive approach,” Caitlin Zerebeski told CTV News Edmonton. “So for us, that’s showing that by getting to them quicker and faster that we also make it so it’s more satisfactory for the residents of Edmonton to use our roads.”

The city said potholes are filled by priority based on their location and size.

Officials also said lighter traffic during the pandemic, coupled with a mild winter, have made road repairs easier.