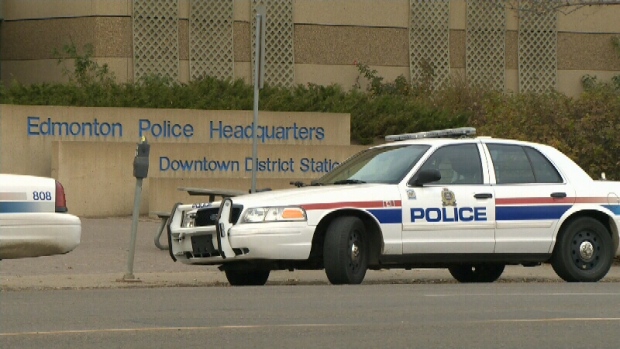 EDMONTON — Black Lives Matter (BLM) Edmonton is calling for nearly a third of police funding to be divested into other services that it says are better suited to respond.

BLM Edmonton is calling for an immediate reduction and divestment of 32 per cent from the Edmonton Police Services (EPS) budget.

Instead, BLM Edmonton would like to see that money reinvested into community services that benefit all like non-violent crisis response teams, housing, transformative justice measures, and free transit.

A recent report published by the City of Edmonton’s Community Safety and Well-Being Task Force released last Wednesday. It presented 14 recommendations to help improve public trust in EPS and ensure the safety of all people when law interacting with law enforcement.

The report disclosed that an estimated 32 per cent of calls the EPS responds to are “person-in-need calls” and involve no criminal activity.

Belen Samuel, an organizer and member of Black Lives Matter (BLM) Edmonton, said in an interview with CTV News Edmonton that divesting 32 per cent of the EPS budget to supports that are more adequately equipped to properly respond to person-in-need calls is the better action than simply freezing the EPS’ budget.

“Policing is not the solution to these issues and concerns of mental health, trauma, and housing concerns.

Getting police involved right away in crisis calls like these is harmful Samuel said, who has worked at Youth Empowerment and Support Services in the past.

Samuel said in her experience some responses to person-in-need situations by police have been detainment, containment, physical violence, or being charged.

“The responses are not trauma-informed, they’re not person-centred, they’re not community-centred and their not responses or interventions that are not violent nor threatening to a person.”

For Samuel, funding for more appropriate supports will create more effective responses and better supports for the long-term as well as ensuring the dignity of vulnerable populations.

“What is currently happening or has happened in the past is that Edmonton police is increasingly funded for this type of work even though they don’t appropriately respond to calls of this nature.

“Crisis response… (of this nature should be) determined and responded to by community-based organizations and actors that do this work on a daily basis but are not supported financially to this work.”

Samuel says a BLM Edmonton organized letter writing campaign to city council has seen more than 1,000 Edmontonians in support of their proposal take part so far.