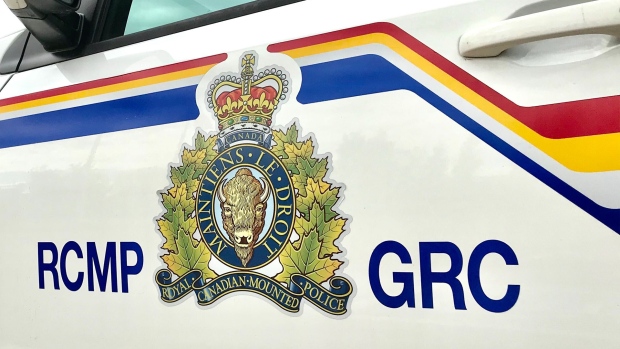 EDMONTON — RCMP deployed to O’Chiese First Nation to respond to an “active threat” that they say was resolved “peacefully.”

In a news release sent at 6:59 p.m. on Monday, RCMP asked all residents of the O’Chiese First Nation to stay indoors as police responded to the situation. RCMP released a tweet at 8:48 p.m. saying the situation was resolved “safely.”

Later Monday evening RCMP said in a statement that at 5:34 p.m. Rocky Mountain House RCMP were dispatched to a shooting at O’Chiese First Nation. Mounties say they discovered four victims in three different locations had been shot.

All four victims were taken to hospital with non-life threatening injuries.

In a statement to CTV News Edmonton, STARS Air Ambulance said that two patients were carried to hospitals.

STAR-3 from Edmonton was dispatched at 5:57 p.m. to rendevous with EMS in Rocky Mountain House for a male patient STARS say sustained injuries consistent with a firearm. The male patient was flown to hospital in Edmonton.

STAR-2 from Calgary was dispatched at 7:29 p.m. to rendevous at the hospital in Sundre for a male patient STARS say sustained injuries consistent with a firearm as well. The patient was flown to a hospital in Calgary.

RCMP added that they have taken two suspects into custody and that police believe the threat to the community is over.

In a Facebook post at 8:17 p.m. on the O’Chiese First Nation reserve leadership page, a notice to residents was posted saying there was a “dangerous situation on the nation.”

“Please stay indoors, keep your children indoors, be calm,” the notice from Chief Douglas Beaverbones said. “RCMP are trying to contain the danger.”

The Alberta Serious Incident Response Team (ASIRT) is investigating a confrontation with RCMP at a residence on O’Chiese First Nation on Saturday that left a 24-year-old man dead.

RCMP told CTV News Edmonton that it is too early at this time to know if the incidents on Monday were connected to Saturday’s confrontation.