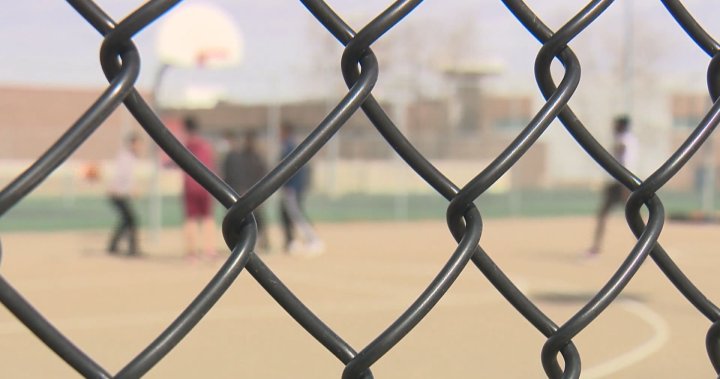 What do you do if your child turns to crime?

A senior staff lawyer with Legal Aid Alberta said parents should be aware of the misconceptions of the Youth Criminal Justice Act before making any rash decisions.

Parents at their wits end with their teens’ bad behaviour may be tempted to call the police, but Karen McGowan warned: “think before you act.”

“The criminal justice act isn’t there to assist parents to better discipline their children,” said McGowan. “And once police are involved, it’s no longer in the parents’ hands.

“So if they’re hoping to teach their teen a lesson, they may be doing more harm than good.”

McGowan has represented young people in criminal court for more than 20 years and said once youth have a criminal record, it can affect them for years after their sentence is over.

“The common myth is that when you wake up on your 18th birthday your criminal record suddenly disappears,” said McGowan.

McGowan said many people don’t know there’s an access period to a criminal record, and depending on if the Crown proceeded by summary conviction or indictment, that record could follow a teen for up to five years.

It can also be used in adult court.

If they get convicted of a crime after they turn 18, that youth criminal record is pulled into the adult system.

“It can affect your future.”

McGowan stressed parents should report serious and violent crimes to police, but she suggested at-home discipline may be a better choice if a child punches a hole in the wall.

Over her two-plus decades dealing with youth, McGowan said one of the biggest factors leading to criminal behaviour is young people being moved from home to home when they are in the care of children’s services. She said there is often conflict with guardians and other youth in the home. She also pointed to other risk factors like fetal alcohol spectrum disorder and Indigenous youth that have faced intergenerational trauma.

But McGowan said any child can come into conflict with the law, including those from the typical “good background.”

“Generally speaking, those are the ‘one-hit wonders,’” said McGowan. “They generally learn from their mistakes and they move on. But we’ve even had young people from privileged backgrounds that committed some very serious offences and became very entrenched.

A program designed by the Edmonton Police Service (EPS) and YMCA of Northern Alberta is also focused on keeping young people out of the courts.

DIVERSIONfirst began as a pilot project in October 2018, and has now expanded to all areas of the city.

Instead of being charged with a low-level crime like shoplifting or common assault, frontline officers can defer a teen to the program.

It provides accountability without the criminal record.

Booth, a former teacher, said young people need a meaningful connection to what has happened and what they’ve done.

That’s whether it’s an impulse crime, “or it can be just a survival crime,” Booth said. “For someone who doesn’t have the food, who’s homeless, who needs something to eat or needs money to afford a place to stay for the night.”

Michael Peters, program manager of Community Housing Initiatives at the YMCA, said youth workers dive into underlying issues and figure out why a teen has turned to crime.

The young person is expected to complete a 30- to 45-day program that could include counselling, an apology and other restorative justice principles, along with volunteer work.

“It diverts them away from the justice system to a more positive path,” said Peters.

McGowan said throughout her time in Alberta courtrooms, she has seen parents on opposite sides of the spectrum; one parent who is in complete denial about their child’s behaviour and the other parent who wants their child to plead guilty and take responsibility.

“Neither one is helping.”

If a parent needs guidance on a criminal matter, McGowan urged they call Legal Aid and speak to a lawyer.

One last piece of advice from McGowan.

If you think a teen can be scared into good behaviour by spending a night in youth custody, think again.

“That little night in jail your parents thought you needed, now they’ve been inducted into a gang.”