EDMONTON — A handful of protesters spent Wednesday night at GraceLife Church west of Edmonton, still locked out of the building by health and police authorities.

While Mounties and security kept the property in Parkland County closed to the public, church members as well as others who support the congregation’s defiance of Alberta’s COVID-19 rules came and went.

Among those who made an appearance were pastor James Coates – who had been released from jail just three weeks earlier – and eastern Ontario MP Derek Sloan, who posted a video to social media from the site asking for support on a petition to reopen the church. 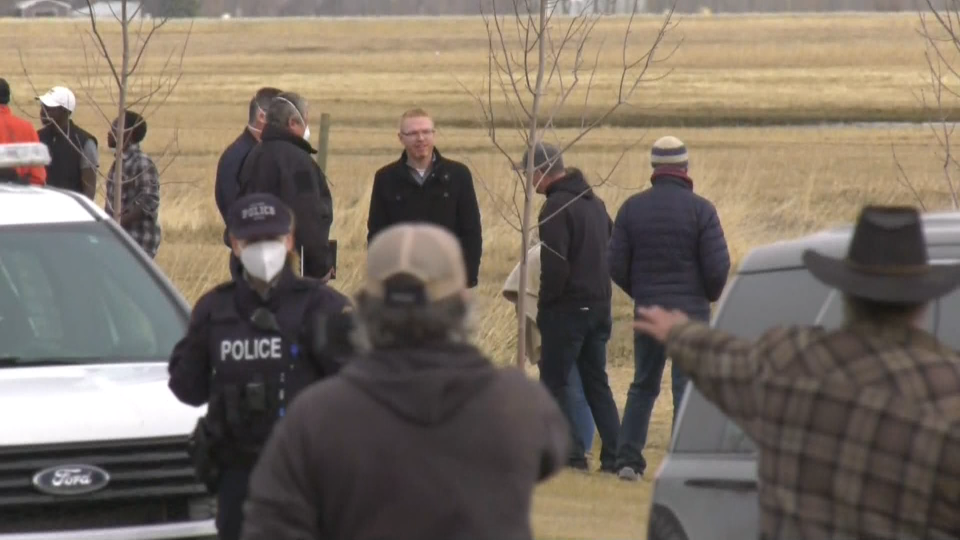 There were dissenting voices, too. One truck drove by with a green sign taped to its tailgate that read, “Even Satanists comply with mask bylaws! Why can’t you? Too righteous? You can’t be bothered? Too good for your fellow man?”

And an area resident, Donna, told CTV News Edmonton, “I pay taxes here. Half these people, they don’t even belong to this darn church. So I’m sorry, something else should happen here. Get them off the road.”

Before dark and before most of the crowd left, there was a service held at the property. 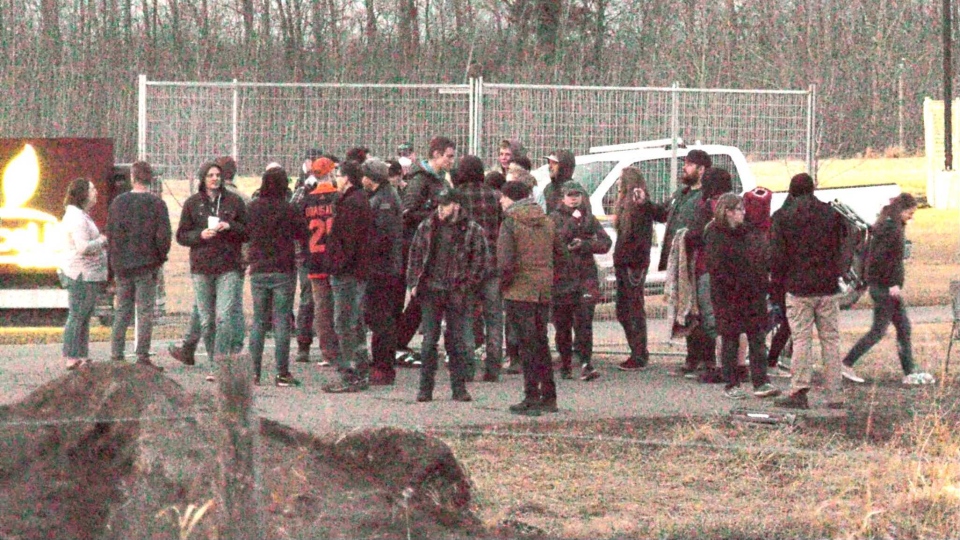 Both the fence and a small group remained early Thursday morning.

Alberta Health Services said it “physically closed” the building and will be preventing access to it until GraceLife “can demonstrate the ability to comply with Alberta’s Chief Medical Officer of Health’s restrictions.”

Mounties were called in to enforce the closure. 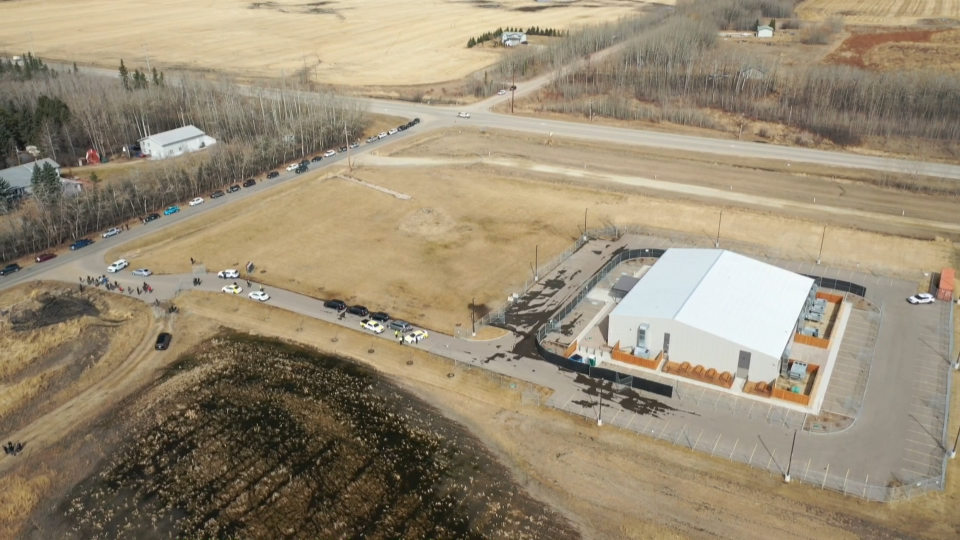 Coates was charged – and jailed for nearly seven weeks – for refusing to comply with Alberta’s public health orders, and the church as an entity was charged itself earlier in the year and ordered to close by AHS.

The Justice Centre for Constitutional Freedoms, who is representing Coates and GraceLife in court, called the Wednesday closure a denial of charter freedoms.

“Technically yes, it’s pastor Coates and GraceLife Church are on trial for violating the health orders – but the government knows and has known for a very long time that we are challenging the health orders as being unjustified violations of our charter freedoms to peaceful assembly, religion, conscience, expression, association.”

Coates is currently scheduled to appear in court on May 3.

AHS has received more than 100 complaints about the church since July 2020.

While Coates has opposed restrictions on secular and religious grounds, another religious leader says the pastor is leading his flock down the wrong path.

“I hate to see a church closed down, but this was long overdue. This church had been flagrantly and repeatedly and arrogantly violated public health orders and it was long, long overdue for AHS to act,” said Rev. Dr. Greg Glatz, minister of Calgary’s Knox United Church. ​