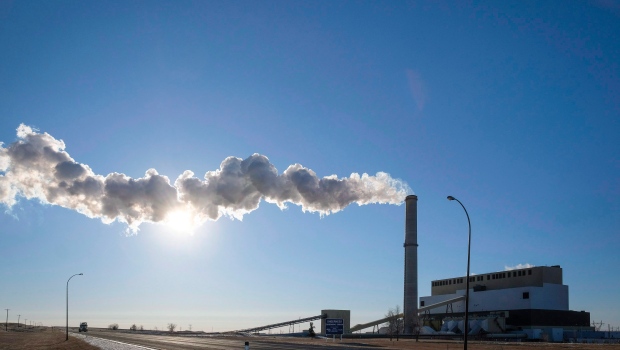 EDMONTON — Alberta revoked a long-standing policy that protected its mountains and foothills from open-pit coal mines without considering how that might affect its most popular tourist attraction, a government official has acknowledged.

“There was no analysis around the implications of the coal policy on the 10-year tourism strategy,” Kate White, deputy minister of jobs, economy and innovation, told a legislature committee this week in response to a question from NDP environment critic Marlin Schmidt.

Alberta’s 10-year tourism plan, announced in October 2019 by then-minister Tanya Fir, was to double the industry’s revenue to $20 billion by 2030.

A letter from Fir dated about the same time suggests the government was already planning to expand the province’s coal industry.

“I look to hearing from you on the progress of your project,” Fir wrote to the head of Valory Resources, which plans an open-pit mine in the Rockies west of Red Deer, Alta.

“Do not hesitate to contact me if there is anything I can do to help in the completion of your mining project.”

In May 2020, the United Conservative government quietly revoked a 44-year-old policy that had protected the eastern slopes and summits of the Rocky Mountains from coal mines. The change led to a rush of exploration leases. At least six companies secured dibs on tens of thousands of hectares along the mountains.

The government reinstated the policy earlier this year and stopped new lease sales. But drilling and road-building on leases already sold is expected to continue this summer.

Alberta’s national parks are top tourism draws and are not threatened by mining.

But parks officials are already concerned about the number of visitors to popular sites such as Lake Louise in Banff National Park. Tourism operators have been hoping to expand into areas such as Bighorn Country west of Rocky Mountain House.

Municipal officials there have already expressed concern about how coal-mining could affect their tourism plans.

“We have given no policy advice in (2019-20) with reference to coal policy,” White told the committee. “The issue of coal development was not a prominent file for the department.”

In an interview Thursday, Schmidt pointed out Fir’s ministry – then called Economic Development, Trade and Tourism – was in charge of the industry.

“It seems to me a significant oversight,” he said.

“I would think developing coal mines in our most popular tourist areas might have some impacts. The fact the department didn’t give that potential any serious thought is extremely concerning.”

Justin Brattinga, spokesman for current minister Doug Schweitzer, said the tourism strategy is being completely revised due to the COVID-19 pandemic.

“The development of the strategy will require extensive consultation with the tourism industry, that will cover a range of topics, including Alberta’s world-leading resource extraction industries.”

This report by The Canadian Press was first published April 22, 2021.