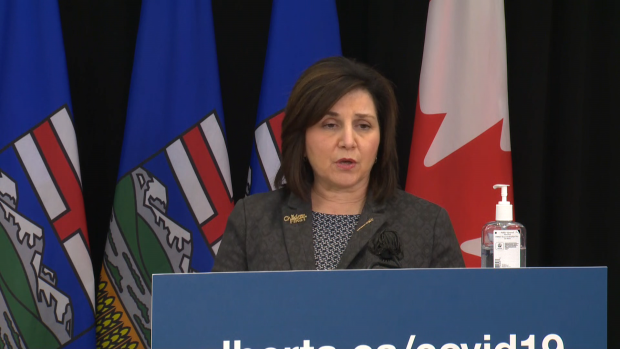 EDMONTON — The Alberta School Councils’ Association (ASCA) is designed to be a connector for government and parent school councils.

Friday was understood as an opportunity for the association to engage with the education minister directly, prior to their annual conference scheduled for this weekend.

Instead, Education Minister Adriana LaGrange used her time to defend the heavily criticized Kindergarten-to-Grade 6 curriculum and funding cuts to schools.

Little time was reserved for conversation and questions with only one question able to be asked by the audience.

“Our tech team and our staff had worked very closely to create the opportunity and space for us to have those live questions,” ASCA president Brandi Rai said.

“Parents are not necessarily feeling heard, in some of the choices being made (to education).”

The minister said she only had time to take “one quick question” after speaking for nearly an hour.

“I am sorry that was quite lengthy,” LaGrange said. “I really felt there were so many things that I’ve been hearing that I wanted to address.”

During her speech, LaGrange said the province will continue to pilot the curriculum and that it will be fully ready to implement for fall 2022.

PARENTS ARE ‘ENGAGED AND ENRAGED’

She said delegates from parent councils across the province are sent to the conference to help inform the direction ASCA is to take in conversations with the minister of education.

“In the past year unfortunately we have not seen a lot of opportunities for the minister to listen to actual parents and their concerns.

“Parents are getting rightfully engaged and enraged,” Li said. “Even people who were not in education knew there were red flags right away (with the proposed curriculum).”

Li said as of today more than half of all school divisions in Alberta have opted to not test the curriculum. In terms of population, the majority of Alberta school officials and kids will not be interacting with the new curriculum.

“We are looking at the bigger metro boards that cover more students will not be engaging,” she said.

“So even if smaller boards and regions pilot, is that representative of Alberta if it’s implemented?” she asked.

Li believes it’s time for the province to take the curriculum seriously and genuinely reverse course.

“We want what is best for students and teachers,” Li said. “Canadians champion our education system.”

“It isn’t perfect,” she added. “But let’s not change it completely and radically and forget the student altogether as an explorative learner.”